A coffee a day keeps your brain actively engaged 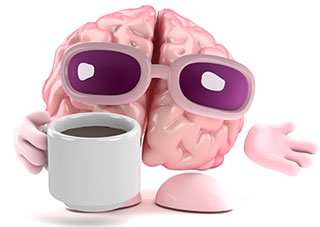 Australia’s vibrant café culture is testament to the fact that we love a good cup of coffee. If you’re one of the bean brigade then you may be interested to know what that morning latte is doing to your brain.

Co-author, Dr Vincenzo Solfrizzi, of the University of Bari Aldo Moro in Italy, together with his colleagues, monitored the coffee consumption habits and the incidence of mild cognitive impairment in 1,445 people between the ages of 65 and 84 years over a three-and-a-half-year period.

According to the results of the study, cognitively normal participants who increased their intake of coffee to more than one cup each day doubled their risk of developing mild cognitive impairment, classified as a decline in cognitive abilities including memory and thinking skills. Furthermore, participants whose daily consumption of coffee increased over time were also 1.5 times more likely to develop mild cognitive impairment than those whose intake of coffee remained at just one each day.

Interestingly, the participants who consistently consumed one or two cups of coffee daily were at a lower risk of developing a mild cognitive impairment than those who never or rarely consumed coffee.

As Solfrizzi explains, these findings indicate that cognitively normal older individuals who never or rarely consume coffee and those who increase their intake of coffee are at a higher risk of developing mild cognitive impairment. Therefore, according to Solfrizzi, ‘moderate and regular coffee consumption may have neuroprotective effects’.

While the exact nature of these neuroprotective effects is unclear, Solfrizzi theorises that the caffeine in coffee may lower the activation of adenosine A2A receptors, reducing the damage caused by beta-amyloid, a protein fragment that builds up in the brains of people with Alzheimer’s disease.