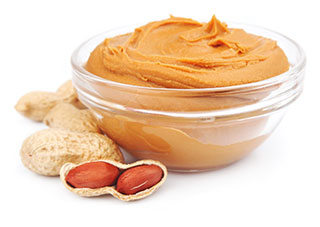 Approximately three in every 100 children in Australia suffers from a peanut allergy. Food allergies and anaphylaxis can significantly reduce quality of life for food allergic children and their families. However, relief may be in sight for allergy suffers according to a recent study that has discovered that boiling peanuts for up to 12 hours can desensitise children to allergic reactions.

Dr Billy Tao, from Flinders University, based his study on similar research conducted in the 1990s by researcher Kirsten Bayer, who observed that children in China did not present many peanut allergy problems. According to Bayer’s research, this was primarily due to the fact that Chinese children regularly consumed boiled, rather than roasted peanuts. The original tests run by Dr Bayer found that peanuts boiled for 20 minutes lowered allergic reactions in children.

Tao conducted a similar trial, discovering that children could actually be desensitised to peanut allergies by boiling peanuts for a lot longer than 20 minutes. Tao explained that ‘after partial protection from boiled peanuts, for approximately eight months, children were able to consume roasted peanuts without adverse reaction’.

According to Tao, boiling peanuts removes the proteins that trigger allergic reactions. He explained, ‘boiling peanuts for up to 12 hours reduced proteins to a level where a patient’s immune system would not react’.

However, Tao noted that, as the research is ongoing, it is vital that people with allergies maintain their current treatments. It is hoped that this finding is a step closer to treating nut allergies.
He also warned that self-administered trials should not be attempted, and that if people were looking to become desensitised they needed to be monitored regularly to ensure they became fully protected.