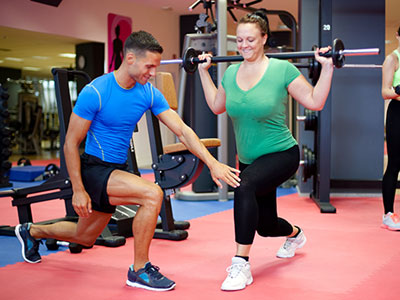 A recent study from the University of British Columbia in Canada investigated whether a single workout session could affect womens’ perception of their own bodies.

Kathleen Martin Ginis, a professor in UBC Okanagan’s School of Health and Exercise Sciences, said ‘Women, in general, have a tendency to feel negatively about their bodies. This is a concern because poor body image can have harmful implications for a woman’s psychological and physical health including increased risk for low self-esteem, depression, and for eating disorders.’

For the study, Ginis and her colleague, graduate student Lauren Salci, recruited 60 women with average age 19, who had concerns about their body image and who also regularly participated in exercise.

Half of the group was prescribed 30 minutes of moderate-to-vigorous exercise, and the other half sat and read.

The study subjects’ ‘state body image’ was evaluated, as were their feelings about their physical fitness and functionality.

The study subjects in the physical activity group significantly improved their body image, specifically in relation to body fat and strength, compared to the control sedentary group, and this effect lasted for at least 20 minutes post-workout.

Although this short burst of positive feelings may not seem life altering, the findings to appear to reinforce the mental benefits of physical activity – especially if undertaken regular basis.

Reflecting on the study findings, Ginis said ‘We all have those days when we don’t feel great about our bodies. This study […] shows one way to feel better is to get going and exercise. The effects can be immediate.’

‘We think that the feelings of strength and empowerment women achieve post exercise, stimulate an improved internal dialogue. This, in turn, should generate positive thoughts and feelings about their bodies which may replace the all too common negative ones.’

Source: Psychology of Sport and Exercise