Could obesity be making even fit Aussies run slower?

Participation in marathons has increased eight-fold over the past two decades – but data shows that runners – even the fittest ones – are getting slower. Why is this?

Despite a huge increase in the number of people participating in marathons and other events, new research has found that Australians are getting slower when it comes to running. Researchers working with RunRepeat.com analysed all available marathon results for the period between the year 2000 and 2016, and plotted the following trend: 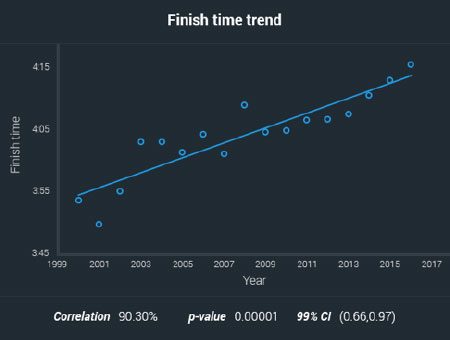 Researchers Jens Jakob Andersen, a statistician from Copenhagen Business School and former competitive runner, and mathematical analyst Ivanka Nikolova claim that this could be a health risk.

There are some objections to this being the case, however, so let’s explore them.

Objection 1: The trend is due to increased participation

Marathons have never been more popular. There has been an 8.5-fold increase in participation since 2000. 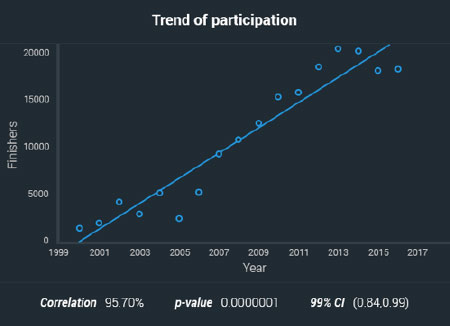 Because so many more people are participating, the pool of runners mast have expanded to comprise far greater number of recreational runners that are more slower and less prepared than the traditional demographic of more athletic participants. This increase in slower participants must be what’s dragging down the average finish time. Or is it?

When we crunch the numbers, the data actually shows that everyone, fast and slow, is slowing down – and slowing down at an almost equal rate. 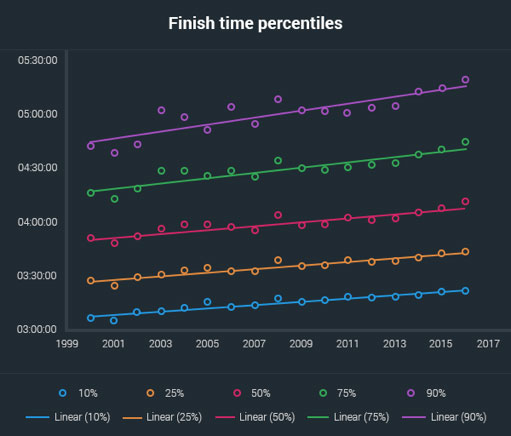 Moreover, if we look at the distribution of the finishers by time brackets, we see that the increase in really slow participants is minuscule.

It is also apparent that the biggest increase is in the numbers of participants finishing between 4 and 5 hours. This means that the largest proportion of newcomers are ‘average’, not ‘slow’.

Objection 2: The trend is due to increased female participation

On average, women are slower runners than men – so could increasing numbers of women participants be responsible for the increase in average finishing time? 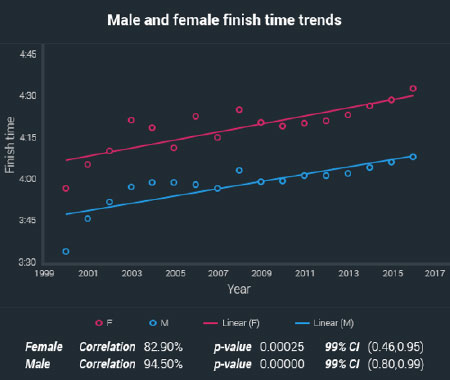 The data confirms that women are slower, but both genders are slowing down equally. 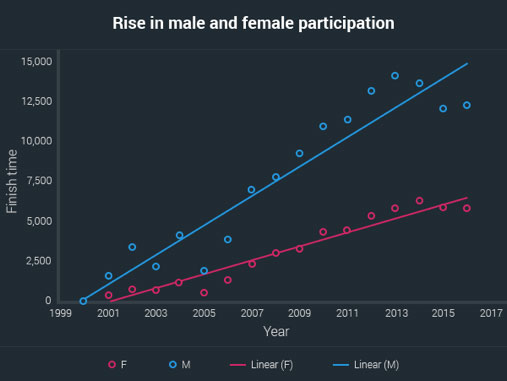 It is worth noting, however, that the proportion of women has risen, so this makes them 70% responsible for the overall trend.

It is also important to underline that men are slowing down as much as women and even with female numbers being constant, the overall trend will still be valid – Aussies would have been slowing down nonetheless.

Objection 3: The trend is dues to the increased average age of participants

For Australian marathoners this is actually a moot point. The data shows the average age of marathoners has been declining. 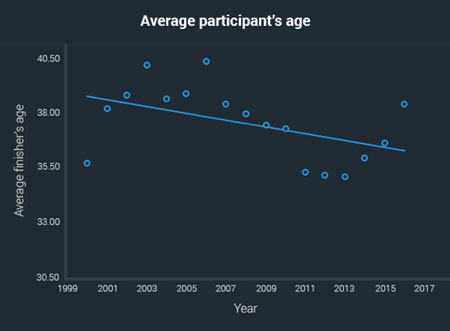 What then could be the reason for the trend towards slower marathon finishing times?

The researchers found a high correlation between obesity and hypertension rates and the finish time trend.

Obesity in Australia, as in most developed countries, is on the rise. The following graphs show the correlation between obesity rates, hypertension and marathon finish time. 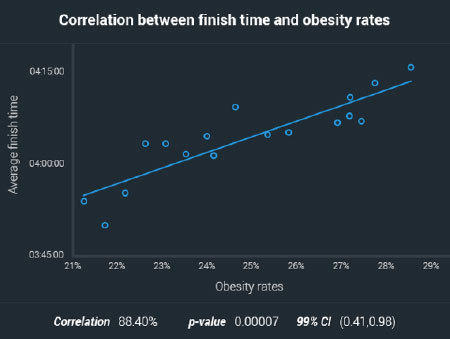 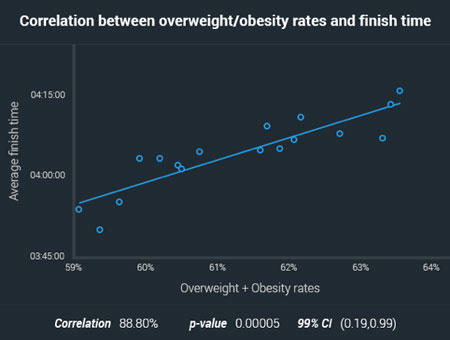 The correlation between the rising rates of hypertension and the increase in finish time is even stronger.

As we know, the effects of chronic conditions such as obesity and hypertension are not immediate. And there is still a strong correlation between obesity/overweight rates and hypertension and finish time after three years. 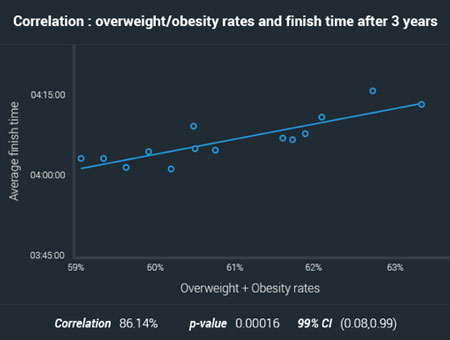 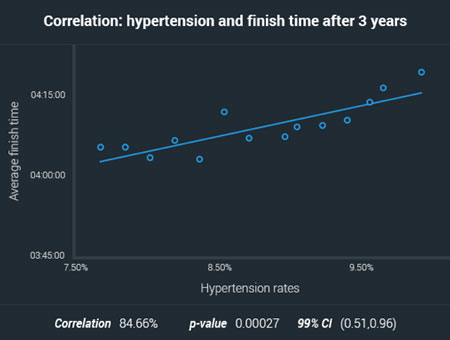 Of course, there is no way to be sure that the link is causal – or that this is the whole story. But it is interesting to note that the deteriorating state of health nationally correlates with decreased performance among even active and health-conscious marathon runners.

Is it really possible that overweight and obesity could have a ripple effect? Is the extreme end of the scale, i.e. obesity, symptomatic of a deterioration in fitness and wellbeing that has trickled down to even the most athletic of our population? And if not this, then what could be causing the great marathon slow down?