Exercise for your swimmers 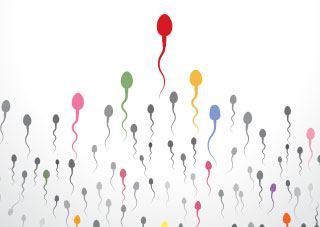 Would-be fathers have long been advised to exercise (and generally live a more healthy lifestyle) in order to improve the quality of sperm they produce – and thereby enhance their chances of becoming a parent. The evidence for this advice has, however, been inconclusive, with some studies showing positive links between physical activity and sperm quality, and others showing the opposite.

Sperm samples were taken before, during and after the 24-weeks, and analysed for sperm count, movement, size, shape, levels of inflammatory markers, and response to oxidative stress.

Men in all of the three exercise groups had improved sperm quality (in every category) compared with those in the control group, though the moderate intensity group displayed the greatest improvements (8.3 per cent more semen, 12.4 per cent higher sperm movement, 17.1 per cent improved sperm cell shape and size, 14.1 per cent more concentrated sperm and 21.8 per cent more sperm cells). The results, however, were temporary and sperm quality soon returned to pre-study levels after the exercise program ceased.

Lead study author Behzad Hajizadeh Maleki said: ‘Our results show that doing exercise can be a simple, cheap, and effective strategy for improving sperm quality in sedentary men. However, it’s important to acknowledge that the reason some men can’t have children isn’t just based on their sperm count. Male infertility problems can be complex and changing lifestyles might not solve these cases easily.’

The team plan to now see if the improvement in quality of sperm also corresponds with an increased ability to fertilise, as might be expected.