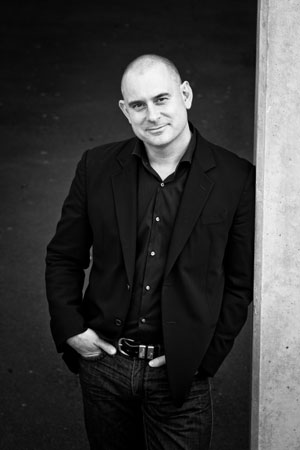 In 1993 Matt Church was recognised as the Australian Fitness Leader of the Year by Network for his outstanding achievements and contributions to the fitness industry. Ten years later, the National Speakers Association of Australia acknowledged him as one of the top 10 professional speakers in Australia. Today Matt is widely regarded as one of the leading experts on Thought Leadership and was recently identified as one of the 21 most influential people in the world of professional speaking.

We grabbed five minutes with Matt, ahead of his opening Keynote Address at the FILEX 2013 fitness industry convention.

You’ve worn many hats, from fitness leader and fitness educator, to entrepreneur and professional speaker. How have you reinvented yourself to anticipate the next stage of your own, or the industry’s, growth?
I think that reinvention is the key to creative expression, and that creative expression is for many, and certainly me, the key to happiness and the meaning of life. Many seek to ‘find’ themselves, whereas I have always thought that you ‘create’ yourself. So, looking for new ideas and embracing them with all I have has been a useful attitude.

I also live by the Einstein quote that ‘you can never solve a problem with the level of thinking that created it’. For me this has been a reminder to stay open and not handle change, but actually be an agent of change. The bottom line is, if you’re not making the changes, someone else will. This ‘paranoia’ has been a constant factor – but a positive one – in all my career transitions.

You’re married to one of the founding gurus of group exercise, Lexie Williams. In the 1990s you were the ‘power couple’ of fitness. Has this affected what you do and how you do it?
Lex is one of the most talented and hardworking people I know. She is, and always has been, my inspiration for any achievements. I got into teaching fitness as a way of dating her (no joke) and have never looked back! Lex has a way of applying formula and system to make seemingly complex things simple, and observing her use this skill over the years has helped me develop my own way of working.

Lexie has also kept me focused on wellness, particularly when I found myself becoming the sort of overweight, over-stressed business client that I used to train. Her integrity around making wellness a central part of every facet of life has been humbling.

You are the opening Keynote Address speaker at FILEX and will also be presenting some business sessions. What topics are you addressing, and what are you hoping your sessions will achieve?
The Keynote is a chance to challenge and inspire fitness professionals with the concept that they are the motivational leaders in their communities. My aim is to convey the fact that they have an energy that is transferable into every part of our community, not just fitness.

I’m running two workshops on the Friday, one about how to make public speaking a central part of every leader’s skillset, and a second on how marketing has changed with the advent of social media and the overwhelming amount of choice people have when deciding to buy what you do. I’m really looking forward to being a part of it all and immersing myself once again in that awesome FILEX atmosphere.

Matt Church
Matt is Australia’s foremost authority on Thought Leadership. Obsessed with helping individuals, organisations and businesses to be commercially smart, he founded Thought Leaders Global, an international business that educates people on the powers of Thought Leadership. A prolific author and serial entrepreneur, Matt draws upon his extensive experience to help people bring out greatness not just in themselves, but also in others.