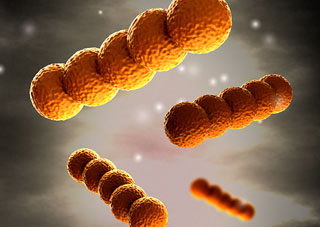 Gut bacteria play vastly different roles in males and females even when the microbe balance of the gut looks exactly the same, Victoria University researchers have found.

A study of gut bacteria in chronic fatigue sufferers found specific bacteria were related to debilitating symptoms. Even when the balance of gut bacteria looked the same in each gender, the results show that certain bacteria, such as streptococcus, lactobacillus and clostridium, can behave differently in males than in females.

The findings could change the ‘one size fits all approach’ in which digestive issues, particularly in people with chronic fatigue syndrome, are often treated.

Lead researcher and PhD candidate Amy Wallis said the study also found clear evidence supporting the microgenderome – which refers to the relationship between bacteria, the immune system and sex hormones – in humans; ‘We can no longer assume that a certain type of bacteria is going to do the same job in males and females, and now need to consider that each gender may respond differently to the same treatment’.

In a surprise finding, Wallis said high levels of streptococcusbacteria in the gut related to more problems for males but less for females; ‘This and other results with lactobacillus bacteria show that caution is needed when using probiotics as, in some cases, it could do more harm than good’ she said.

With about 70 per cent of the immune system sitting in the gastrointestinal tract, Ms Wallis said disturbance in gut bacteria is directly linked to physical health and has been connected to autoimmune disease.

‘There are trillions of bacteria in the gastrointestinal tract which play intricate and complex roles in achieving and maintaining both a balanced gut and optimal health so an imbalance can have wide-reaching effects.’

‘This powerful information shows us that we need to think about the gut differently when it comes to males and females’ Ball said; ‘It challenges the idea that bacteria are either good or bad because we now know that a good balance of bacteria for one person may not be good for the next person, so taking a probiotic without knowing what your individual system looks like may actually do more harm than good.’