Improve your heart health through moderate drinking and exercise 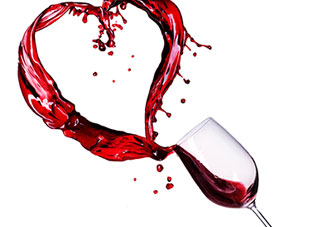 Two studies based on data from the longitudinal HUNT Nord-Trondelag Health Study, offer exciting new insight into lowering the risk of heart attack, as well as measures for coping better with heart attacks.

The first studyreported a link between moderate alcohol intake and improved heart health. Researchers discovered that consuming three to five drinks a week could lower the risk of heart attack and heart failure.

While there is no doubt that excessive alcohol consumption is detrimental to health, it is encouraging to find that moderate drinking may have its benefits, particularly when it is commonplace in our society.

For the first study, researchers assessed the self-reported drinking habits and incidence of heart failure in 60,665 individuals free of heart failure who were enrolled in the HUNT study. The team found that compared with participants who never or rarely consumed alcohol, those who consumed around three to five drinks a week had a 33 per cent lower risk of heart failure.

However, the researchers were quick to warn that these findings do not suggest people should take up frequent drinking in order to improve their heart health.

Imre Janszky, a professor of social medicine at the Norwegian University of Science and Technology, noted, ‘I’m not encouraging people to drink alcohol all the time. We’ve only been studying the heart, and it’s important to emphasise that a little alcohol every day can be healthy for the heart. But that doesn’t mean it’s necessary to drink alcohol every day to have a healthy heart.’

But for those who enjoy a drink or two after a hard day’s work, Janszky recommends that it is best to consume moderate amounts relatively often, rather than drinking larger amounts in one sitting, which can raise blood pressure.

The second study focuses on ways to cope better with heart attacks, suggesting that exercise habits affect how the body handles the aftermath of a heart attack.

Once again drawing on data from the HUNT study, the researchers were able to measure how exercise affected the way people felt after a heart attack.

From a small sample size of 189 individuals, researchers found that among people who had never exercised, over 17 per cent were depressed after a heart attack, while among those who had exercised consistently, only 7.5 per cent suffered depression.

These findings further strengthen the link between physical activity and the occurrence of depression.