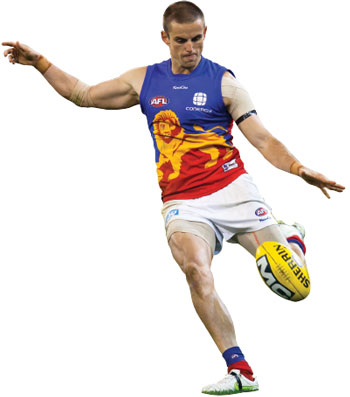 Do your team members know exactly what they are aiming to achieve when they come to work in your club each day? Employees should be crystal clear about the organisation’s main strategies and goals. The goal and point posts used in Australian Rules football are an ideal metaphor. If you kick the ball between the large (goal) posts you are credited with a goal or six points, provided the ball is not touched before going across the line. If it is touched first or if the ball goes through the outer (point) posts or touches a goal post, you are credited with a point. If the ball touches a point post or goes outside the point posts, it is out of bounds. The object of the game is to get a higher score than your opponents.

But, of course, you know this. The scoring system is clear and well known by all players and spectators. Imagine if someone took away the goal or point posts. There would be a riot until they were returned. Without the goal and point posts the players wouldn’t know what to do or where to aim. Too many organisations have not communicated clear strategies and goals to their employees. They need to put back their goal and point posts so their employees know where to aim.

Some recent research by Insync Surveys – involving over 100,000 employees from around 200 organisations – showed that only 54 per cent of the employees of the highest performance businesses could easily refer to a list of their employer’s goals. The figure for low performance organisations was a mere 24 per cent. Further, only 57 per cent of the employees understood how their roles contributed to the organisation’s long-term goals and strategies. This is not good enough.

The same research revealed the seven things that are the biggest differentiators between high performance organisations and low performance ones. The setting of clear strategies and goals is one of those seven key business habits.

Most strategic plans comprise dozens, sometimes hundreds, of pages. A discipline that many organisations adopt is to summarise their vision, strategy and main organisation goals on a single page. If you cannot convert your strategy to a single page, and if you cannot explain it simply and clearly, it will not get traction in your organisation. The process of reducing your strategy to a page with your leadership team and others will help add clarity and focus to what is really important. You should then communicate this message to every member of your team.

Most organisations spend millions of dollars developing and communicating important messages to their potential customers. These millions are spent on branding, imagery and creating one-liners that will excite and grab the attention of potential customers. Yet very few organisations spend much money or effort attempting to develop and communicate their strategy and main goals to the people required to execute them. This is a big mistake. Organisations should continually seek new ways, new techniques, and new communication mediums to spread their main messages internally. The investment will be well worth it.

Having set and communicated clear organisation goals, it shouldn’t be too difficult for managers to agree goals for those who report to them and align those goals to those of the organisation. It’s important that the goal setting process for employees be a two-way discussion and not just a demand or direction from the top. Employees who have input into setting their personal goals as well as the goals of their team are far more likely to buy-in to those goals and have a greater desire to achieve or exceed them.

If someone asked you right now what your organisation’s main aims are, what would you say? If you can’t answer immediately, it’s time to put the goal posts back.

Nicholas Barnett is a director, business leader and strategist with over 35 years’ experience. He is CEO of insyncsurveys.com.au and author of 7 Business Habits That Drive High Performance (Major Street Publishing, $29.99) which can be purchased at 7businesshabits.com