This week: Good sleep will help you handle pain • Quicker weight loss no better for health • Physical activity boost to brain function at all ages 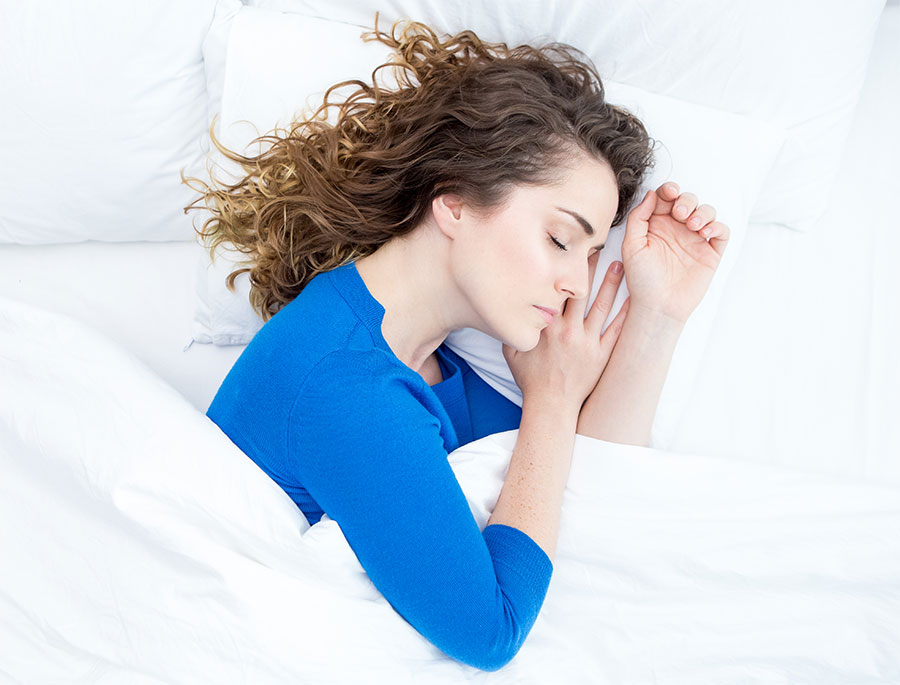 New research, published in the Journal of Neuroscience, finds that sleep deprivation increases sensitivity to pain by numbing the brain’s painkilling response.

The study, by Matthew Walker, a professor of neuroscience and psychology at the University of California in Berkeley and doctoral candidate Adam Krause, found that a lack of sleep impairs the brain’s natural mechanisms for relieving pain, which draws attention to potential links between the public health crises of sleep deprivation, chronic pain, and prescription opioid addiction.

The scientists recorded the pain threshold of 24 healthy young participants after a good night’s sleep by scanning their brain with a functional MRI machine while applying increasing levels of heat to the participant’s skin.

Once the scientists had established the person’s pain threshold, they repeated the procedure after a night of no sleep.

‘Across the group, [the participants] were feeling discomfort at lower temperatures, which shows that their own sensitivity to pain had increased after inadequate sleep’ reported Krause; ‘The injury is the same, but the difference is how the brain assesses the pain without sufficient sleep.’

The researchers found that the brain’s somatosensory cortex, a region associated with pain sensitivity, was hyperactive when the participants hadn’t slept enough. This confirmed the hypothesis that sleep deprivation would interfere with pain-processing neural circuits.

Losing weight slowly or quickly won’t tip the scale in your favour when it comes to overall health, according to new research published in the Journal of Obesity. Health researchers at York University found that people who lose weight quickly versus those who lose it slowly don’t get any additional health benefits and that it’s the amount of weight lost overall that can have an impact.

In the study led by Jennifer Kuk, associate professor in York University’s Faculty of Health, researchers looked at the data of over 11,000 patients at a publicly-funded clinical weight management program and found that those who lost weight quickly had similar improvements in metabolic health with those who lost weight slowly. Moreover, the rate of weight loss matters less for overall health benefits than the amount of weight you lose. Normally, individuals are recommended to lose weight at one to two pounds per week, as faster weight loss is related with a slightly higher risk for gallstones. However, there are reasons to believe that faster weight loss may have better effects for cardiovascular disease and diabetes risk factors.

‘The results show that we really need to look at interventions that focus on long-term weight management that can achieve sustained weight loss at the recommended one to two pounds per week’, says Kuk.

Physical activity boost to brain function at all ages

Regular aerobic exercise such as walking, cycling or climbing stairs may improve thinking skills not only in older people but in young people as well, according to a recent study published in the journal Neurology.

The specific set of thinking skills that improved with exercise is called executive function, which is a person’s ability to regulate their own behaviour, pay attention, organise and achieve goals.

‘As people age, there can be a decline in thinking skills, however our study shows that getting regular exercise may help slow or even prevent such decline’ said study author Yaakov Stern, PhD, of Columbia University in New York, and a member of the American Academy of Neurology; ‘We found that all participants who exercised not only showed improvements in executive function but also increased the thickness in an area of the outer layer of their brain.’

The study involved 132 people between the ages of 20 and 67 who did not smoke or have dementia but who also did not exercise at the start of the study and were determined to have below average fitness levels. Participants were randomly assigned to six months of either aerobic exercise or stretching and toning four times a week.

‘Since thinking skills at the start of the study were poorer for participants who were older, our findings suggest that aerobic exercise is more likely to improve age-related declines in thinking skills rather than improve performance in those without a decline’ said Stern.