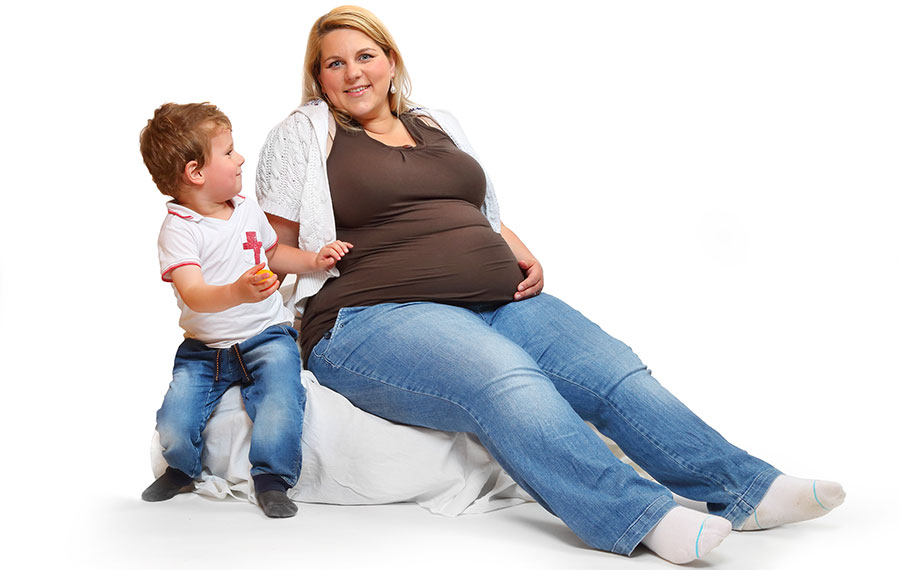 This week: Why mums struggle to shake that extra baby weight • Could food additive make us sedentary? • Intermittent fasting’s advantage over trad dieting

During normal pregnancy, mothers always gain body weight within a proper range. However, many women worry that extra pounds put on during pregnancy will not be lost after childbirth and, in fact, past studies have shown that excessive gestational weight gain is associated with immediate postpartum weight retention. But in a new study using a mouse model, researchers at University of California San Diego School of Medicine suggest that long-term postpartum weight gain may be due not so much to retained fat as to reprogramming of maternal energy metabolism.

However, even with a normal diet three months after giving birth, pregnant mice that received a HF diet during pregnancy began gaining more fat again and nine months after delivery weighed two-fold above levels of control mice due to excess fat mass. Notably, the scientists said the metabolism of mice who were fed a HF diet during pregnancy had slowed, measurably reducing their energy expenditure and thus contributing to fatty weight gain.

‘But these mice lost that weight gain soon after giving birth, only to become spontaneously obese a few months later. The data demonstrate that excessive gestational weight gain-induced postpartum obesity is not simply an extension of pregnancy-induced fat gain or fat retention, but rather a fundamental change in maternal metabolism that results in less energy expended and more weight added as the result.’

The authors underscored that their findings are based on studies of mice and will need to be verified in humans. But if they are, said Shao, it ‘will lead us to define a new cause of obesity in women after pregnancy and will reveal a new vulnerable window for reprogramming of energy metabolism during adult life.’

Could food additive make us sedentary?

New research has found that inorganic phosphate, a food additive present in meat, soft drinks and some processed foods, may contribute to sedentary behaviour.

Scientists at the University of Texas (UT) Southwestern Medical Center in Dallas examined the link between inorganic phosphate and sedentarism in both mice and humans. Phosphate is a particle derived from phosphorus, a mineral that the body needs to build and repair bones and teeth, help nerves function, and make muscles contract.

The researchers, led by Dr Wanpen Vongpatanasin, fed two groups of healthy mice similar diets, but gave one group of mice extra phosphate. Twelve weeks of following a phosphate-enriched diet correlated with less time on the treadmill and lower cardiac fitness in the rodents, as well as with an impaired fat burning metabolism.

The researchers also analysed fitness tracker data for 1,600 individuals and found that higher levels of phosphate in the blood correlated with more sedentarism and less time ‘spent in moderate to vigorous physical activity.’

‘I think it might be about time for us to push the food industry to put this on labels so that we can see how much phosphate goes into our food’ said Dr Vongpatanasin.

New research carried out at the University of Adelaide shows that obese women lost more weight and improved their health by fasting intermittently while following a strictly controlled diet.

The study involved a sample of 88 women following carefully controlled diets over 10 weeks.

‘Continuously restricting their diet is the main way that obese women try to tackle their weight’ said Dr Amy Hutchison, lead author from the University of Adelaide and the South Australian Health and Medical Research Institute (SAHMRI).

‘Unfortunately, studies have shown that long-term adherence to a restricted diet is very challenging for people to follow, so this study looked at the impact of intermittent fasting on weight loss. Obese women who followed a diet in which they ate 70% of their required energy intake and fasted intermittently lost the most weight. Other women in the study who either fasted intermittently without reducing their food intake, who reduced their food intake but did not fast, or did not restrict their diet at all, were not as successful in losing weight’ said Hutchison.

‘This study is adding to evidence that intermittent fasting, at least in the short term, may provide better outcomes than daily continuous diet restriction for health and potentially for weight loss,” says Associate Professor Leonie Heilbronn from the University of Adelaide and SAHMRI.

Source: The University of Adelaide