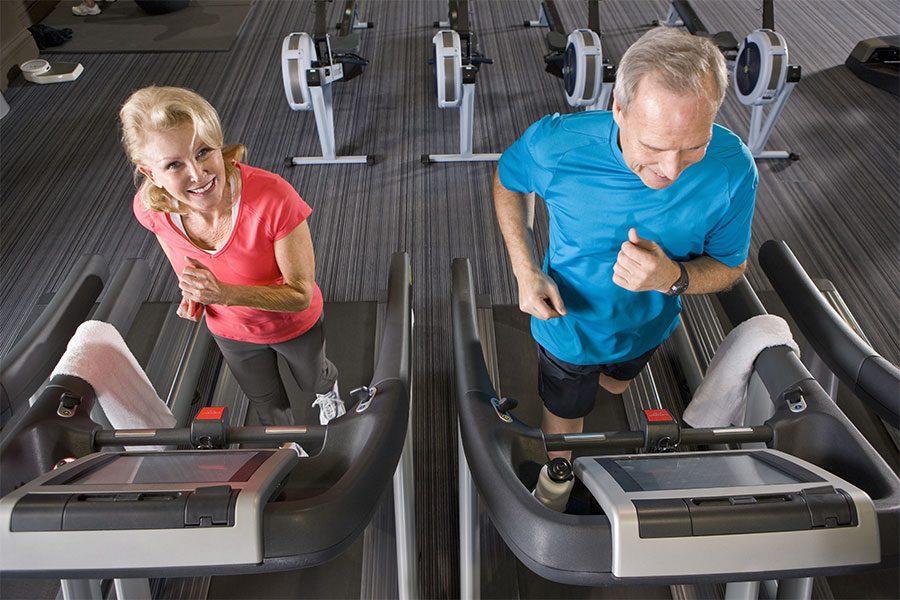 A new study from the University of Colorado Anschutz Health and Wellness Center (AHWC), published in Obesity, has found that physical activity may do more to maintain substantial weight loss than diet.

‘This study addresses the difficult question of why so many people struggle to keep weight off over a long period. By providing evidence that a group of successful weight-loss maintainers engages in high levels of physical activity to prevent weight regain – rather than chronically restricting their energy intake – is a step forward to clarifying the relationship between exercise and weight-loss maintenance’ said Danielle Ostendorf, PhD, a postdoctoral fellow at the CU Anschutz Health and Wellness Center.

Notably, of the total calories burned, the amount burned in physical activity by weight-loss maintainers was significantly higher (180 kcal/day) compared with that in both individuals of normal body weight and individuals with overweight/obesity. Despite the higher energy cost of moving a larger body mass incurred by individuals with overweight/obesity, weight-loss maintainers burnt more energy in physical activity: the data showed that they were moving considerably more.

‘Our findings suggest that this group of successful weight-loss maintainers are consuming a similar number of calories per day as individuals with overweight and obesity but appear to avoid weight regain by compensating for this with high levels of physical activity’ said Victoria Catenacci, MD, a weight management physician and researcher at CU Anschutz Medical Campus.

The findings are consistent with results from the longitudinal study of contestants on the US version of The Biggest Loser, where physical activity energy expenditure was strongly correlated with weight loss and weight gain after six years.

Specific advice from GPs can lead to fat loss

When it comes to losing weight, doctors’ messages to their patients can make a powerful difference, according to new research from Duke University published in the Journal of General Internal Medicine.

Participants in the study had only modest weight loss when doctors gave generic advice such as ‘you should exercise more.’ They fared much better when doctors instead provided specific instructions.

‘Just telling somebody to lose weight or improve their diet or physical activity didn’t work’ said study co-author Gary Bennett, a professor of psychology at Duke; ‘The doctor should instead encourage patient participation in a specific program.’

The year-long study took place among 134 study participants who were overweight, predominantly female and had a mean age of 51. In addition to weight problems, participants had additional health concerns such as hypertension and diabetes.

Participants also checked in regularly with health care providers. Some doctors or nurses simply urged patients in general terms to ‘lose weight’ or ‘exercise more.’ Other health care providers, though, gave specific advice that reinforced the comprehensive weight loss program, such as encouraging patients to take calls from weight loss coaches. Patients in the latter group lost around 3kg more, on average.

The amount of empathy doctors displayed made a difference, too. Patients who rated their providers as empathetic and caring lost about 3kg more on average than those who did not.

‘Patients who enroll in a weight-loss program should consider asking their health care providers to check in on their progress’ said study co-author Megan McVay, an assistant professor at University of Florida; ‘This can help keep them accountable. It is also important to have a provider that they feel cares about them and has sympathy towards how hard it is to lose weight.’

Scientists have found that a high-fat, high-sugar diet in mouse mothers before and during pregnancy causes problems in the hearts of their offspring, and that such problems are passed down at least three generations, even if the younger generations only eat a standard diet.

The study, from Washington University School of Medicine in St. Louis, and published in AJP-Heart and Circulatory Physiology, also suggests that diet-induced heart changes in offspring are not only transmitted to offspring by their mothers. Obese mothers’ male offspring that mated with healthy females fed a normal diet also passed on the same heart problems. The specific changes to the heart in these offspring were evident in changes to mitochondria, the heart muscle cells’ energy factories.

‘We know that obesity in pregnant mothers raises the risk of future heart problems for her children’ said co-senior author Kelle H. Moley, MD, a professor of obstetrics and gynecology; ‘But we have shown, at least in mice, that these heart problems don’t stop with a single generation. They are passed down by both the male and female offspring of obese mothers, even when the offspring eat a normal diet. This was a bit of a surprise – problems with heart mitochondria seemed likely to be passed down only through females, through the mitochondrial DNA present in the egg that we inherit only from our mothers.’

‘Now that we’ve shown that mouse fathers pass this down as well, we have to start studying changes in the DNA of the nucleus in both the egg and the sperm to make sure we understand all the contributing factors’ she said.

Notably, the researchers found multigenerational heart problems, even when the mouse offspring were not obese and ate a normal diet throughout their lives. Though perhaps revealing some effects of a healthy diet, the severity of the heart problems diminished slightly over the generations of mice that ate standard diets, the researchers noted.

The researchers also used in-vitro fertilisation to implant fertilised eggs from obese mice into normal-weight mice to carry the pregnancies. These offspring also showed the heart defects, demonstrating that the problems are specific to the original egg from the mother fed the high-fat, high-sugar diet, and not the gestational environment during the pregnancy or nursing afterward.

‘A big question that people may have is, ‘What can I do if my grandmother or great-grandmother was obese?’’ said first author Jeremie Ferey, PhD, a postdoctoral research scholar; ‘We need more studies to learn if it’s possible to reverse these mitochondrial defects, but in general, exercise and a healthy diet are always important for heart health.’