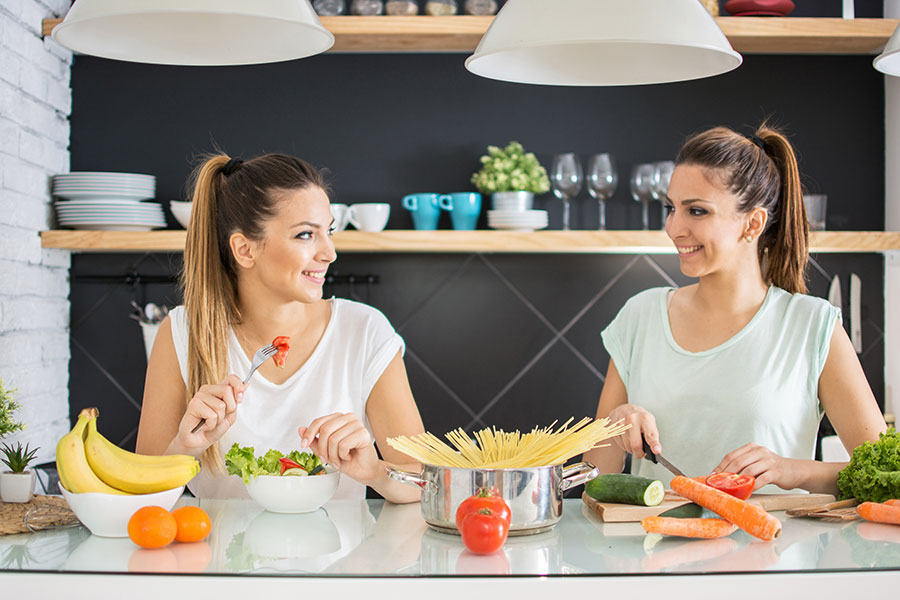 Even identical twins have different responses to food

Results from the largest ongoing scientific nutrition study of its kind, led by an international team of scientists including researchers from King’s College London, Massachusetts General Hospital and nutritional science company ZOE, have shown that individual responses to the same foods are unique, even between identical twins.

The findings demonstrate that old-fashioned, one-size-fits-all dietary guidelines are too simplistic and that a personalised approach to nutrition is likely to provide better long-term health benefits.

The researchers measured how blood levels of markers such as sugar, insulin and fat change in response to specific meals, along with data on activity, sleep, hunger and gut bacteria (microbiome) in thousands of participants in the US and UK, mostly pairs of twins.

ZOE is using machine learning techniques to analyse this wealth of detailed nutritional data and is developing a consumer test and app, giving people the power and confidence to choose the right foods that optimise their personal metabolism, control weight and maintain good health.

The team is also announcing a major expansion of its work in collaboration with scientists at Stanford and Tufts Universities. The next phase will recruit more than a thousand volunteers across the US who want to understand their own personal responses to food and contribute to cutting-edge nutritional science by taking part at home. Find out more at https://joinzoe.com.

This groundbreaking nutrition research project was born out of the Twins UK Study – a unique 25-year investigation of health and lifestyle in 14,000 twins led by Tim Spector, Scientific Founder of ZOE, Professor of Genetic Epidemiology at King’s College London and author of The Diet Myth.

After realising that genetically identical twins had very different food preferences and responses, Spector teamed up with technologists Jonathan Wolf and George Hadjigeorgiou to create ZOE, setting up a series of scientific studies in the US and Europe involving thousands of volunteer health enthusiasts and top researchers in the field of nutrition and health.

The key research findings are:

Spector said, ‘The sheer scale and detail of our scientific project is such that for the first time we can explore tremendously rich nutrition data at the level of an individual. Our results surprisingly show that we are all different in our response to such a basic input as food. It was a real shock to see that even identical twins have such different responses.’

Dr Andrew Chan, Professor of Medicine at Harvard Medical School and a gastroenterologist at Massachusetts General Hospital said, ‘It is reassuring that our genetic makeup only partially explains how our bodies respond to food. This underscores that our metabolism is not fixed – we have the power to change it. One exciting avenue is to tailor our diets to the bacteria in our gut that helps us metabolise nutrients.’

‘For the first time, we’re expanding large-scale nutritional research beyond blood sugar. These findings show that the responses to food of a number of key metabolic markers – including triglycerides, insulin and blood sugar – are highly individualised. No one has been able to combine data on this scale before’ added Dr Sarah Berry, Associate Professor in Nutritional Sciences at King’s College London and Scientific Advisor at Zoe.

‘For most of us, the food we eat is the most important medicine we take. And yet we are all profoundly confused about what is good for us. We believe that combining science and machine learning can solve this, by understanding for the first time our individual responses to food’ said ZOE co-founder and CEO, Jonathan Wolf.

New research from The University of British Columbia and Brunel University London has shown that upbeat music can make a rigorous workout seem less tough, even for people who are insufficiently active.

Matthew Stork, a postdoctoral fellow in the School of Health and Exercise Sciences, recently published a study examining how the right music can help less-active people get more out of their workout—and enjoy it more.

High intensity interval training (HIIT) has been shown to improve physical health over several weeks of training, but it can be perceived as gruelling for many people, especially those who are less active.

‘While HIIT is time-efficient and can elicit meaningful health benefits among adults who are insufficiently active, one major drawback is that people may find it to be unpleasant. As a result, this has the potential to discourage continued participation’ said Stork.

Previous research by Stork and colleague Kathleen Martin Ginis has examined the effects of music during HIIT with recreationally-active people. Their latest study tested the effects of music with participants who were insufficiently active, used a more rigorous music selection process and implemented a HIIT regimen that is more practical for less-active adults.

The study took place at Brunel University London and Stork worked with Professor Costas Karageorghis, a world-renowned researcher who studies the effects music has on sport and exercise. First, Stork gathered a panel of British adults to rate the motivational qualities of 16 fast-tempo songs. The three songs with the highest motivational ratings were used for the study.

‘Music is typically used as a dissociative strategy. This means that it can draw your attention away from the body’s physiological responses to exercise, such as increased heart rate or sore muscles’ said Stork; ‘But with high-intensity exercise, it seems that music is most effective when it has a fast tempo and is highly motivational.’

Next, a separate group of 24 participants completed what has been referred to as the ‘one-minute workout’ – three 20-second all-out sprints, totalling 60 seconds of hard work. A short rest separated the sprints, for a total exercise period of 10 minutes, including a warm up and cool down. Participants completed these HIIT sessions under three different conditions, with motivational music, no audio or a podcast that was devoid of music.

Participants in the music session reported greater enjoyment of HIIT. They also exhibited elevated heart rates and peak power in the session with music compared to the no-audio and podcast sessions.

‘The more I look into this, the more I am surprised’ said Stork; ‘We believed that motivational music would help people enjoy the exercise more, but we were surprised about the elevated heart rate. That was a novel finding.’

Stork believes the elevated heart rates may be explained by a phenomenon called ‘entrainment.’
‘Humans have an innate tendency to alter the frequency of their biological rhythms toward that of musical rhythms. In this case, the fast-tempo music may have increased people’s heart rate during the exercise. It’s incredible how powerful music can be.’

Stork’s research indicates that for people who are deemed insufficiently active, music can not only help them work harder physically during HIIT, but can also help them enjoy HIIT more. And because motivational music has the power to enhance people’s HIIT workouts, it may ultimately give people an extra boost to try HIIT again in the future.

‘Music can be a practical strategy to help insufficiently active people get more out of their HIIT workouts and may even encourage continued participation.”

The study was published in the Psychology of Sport and Exercise.

Source: The University of British Columbia

Australian kids demonstrate an unhealthy concern about body image when it comes to their perceptions about being healthy, which can threaten well-being, according to a new study.

The study shows that 11-12 year old children describe the negative consequences of consuming various foods on their body, and feel the need to take personal responsibility for choices which prevent ‘fatness’.

Lead author Dr Stefania Velardo, from the College of Education, Psychology and Social Work at Flinders University, says the results point to the importance of reshaping public messages and health education initiatives to encourage children to develop more positive relationships with food.

‘When we talked to children about their understandings of health, they highlighted the importance of a healthy diet and active lifestyle to prevent diseases and specifically ‘fatness,’ children over-emphasised the links between body size and their health, without acknowledging other aspects of health such as sleep, socialisation and feeling good.

‘We know from research that focusing on visual elements like thinness as a marker of a healthy body could be detrimental to young people’s wellbeing’ said Velardo; ‘For example, some children could reasonably avoid healthy food consumption across the five core food groups if they are already seen to have a socially acceptable body. However, more concerning is the potential for children’s ideas about fatness to breed anxiety, shame and negative psychological experiences.’

‘As such, we need to encourage children to focus less on looks by emphasising the wide-ranging benefits of nutrition and physical activity including strength, concentration, energy, social relationships and fun.’

Published in the journal Appetite, the study included interviews with 38 children aged between 11-12 from SA government primary schools.

‘Our results indicate that children’s attitudes are linked to perceptions about obtaining an ideal body, with girls placing more emphasis on the negative judgement associated with being overweight. Children used words like fat, large, big, lazy and sick to describe overweight individuals, constructing the image that a fat body is unhealthy, undesirable and unproductive.’

‘Parents, teachers, health professionals and governments all play an important role in re-shaping discourses of health and nutrition in order to support children to develop more positive relationships with food and physical activity.’