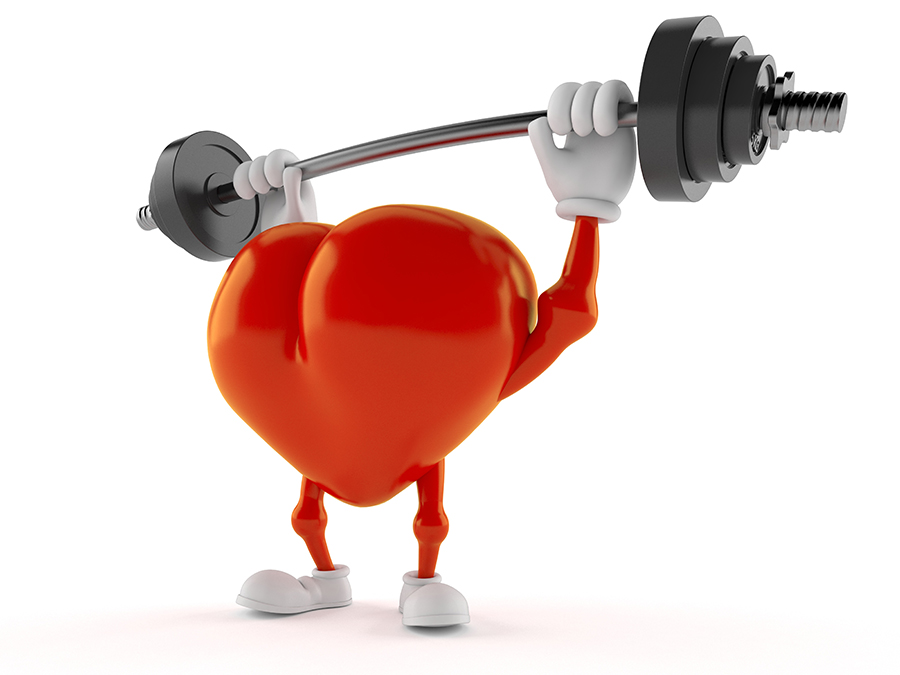 Lifting weights for less than an hour a week may reduce your risk for a heart attack or stroke by 40 to 70%, according to a new Iowa State University study published in Medicine and Science in Sports and Exercise. Spending more than an hour in the weight room did not yield any additional benefit, the researchers found.

DC (Duck-chul) Lee, associate professor of kinesiology said, ‘People may think they need to spend a lot of time lifting weights, but just two sets of bench presses that take less than 5 minutes could be effective’.

The results – some of the first to look at resistance exercise and cardiovascular disease – show benefits of strength training are independent of running, walking or other aerobic activity. In other words, you do not have to meet the recommended guidelines for aerobic physical activity to lower your risk; weight training alone is enough.

Time for your afternoon energy burn!

A recent study shows that a person’s metabolism does not stay the same for 24 hours — in fact, there are times of the day where their body is chewing through a greater number of calories while they are just sitting there.

The research, published in  Current Biology, shows that our body’s internal clock may have more to do with how we process calories than previously thought.

Researchers carried out a study on seven participants who stayed in an isolated laboratory setting that had no windows, clocks, phones, or internet. This meant they had no clues as to what time of day it was.

Each person was assigned a time to go to bed, and a time to wake up, and throughout the 3-week study, those times were adjusted 4 hours later each day. Essentially, this was comparable with “circling the globe every week.”

They discovered that metabolic rate was lowest late during their biological ‘night’ and highest around 12 hours later, in the biological ‘afternoon and evening.’

For addicts, returning to the environment where drugs were previously taken can make it harder to resist taking them again. However, addicts who exercise appear to be less vulnerable to the impact of these environmental cues. Now, research with mice suggests that exercise might strengthen a drug user’s resolve by altering the production of peptides in the brain, according to a study in the journal ACS Omega.

Re-exposure to drug-related cues, such as the location where drugs were taken, the people with whom they were taken or drug paraphernalia, can cause even recovered drug abusers to relapse. Prior studies have shown that exercise can reduce craving and relapse in addicts, as well as mice. Although the mechanism was unknown, exercise was thought to alter the learned association between drug-related cues and the rewarding sensations of taking a drug, possibly by changing the levels of peptides in the brain. Jonathan Sweedler, Justin Rhodes and colleagues at University of Illinois at Urbana-Champaign decided to explore this theory by quantifying these peptide changes in mice.

Mice were given cocaine injections over four days in special chambers with a distinctive floor texture to produce a drug association with that environment. The animals were then housed for 30 days in cages, some of which included a running wheel. The researchers found that mice that exercised on these wheels had lower levels of brain peptides related to myelin, a substance that is thought to help fix memories in place. Re-exposure to the cocaine-associated environment affected running and sedentary mice differently: compared with sedentary mice, the animals with running wheels showed a reduced preference for the cocaine-associated environment. In addition, the brains of re-exposed runners contained higher levels of haemoglobin-derived peptides, some of which are involved in cell signalling in the brain. Meanwhile, peptides derived from actin decreased in the brains of re-exposed sedentary mice. Actin is involved in learning and memory and is implicated in drug seeking. The researchers say these findings related to peptide changes will help to identify biomarkers for drug dependence and relapse.