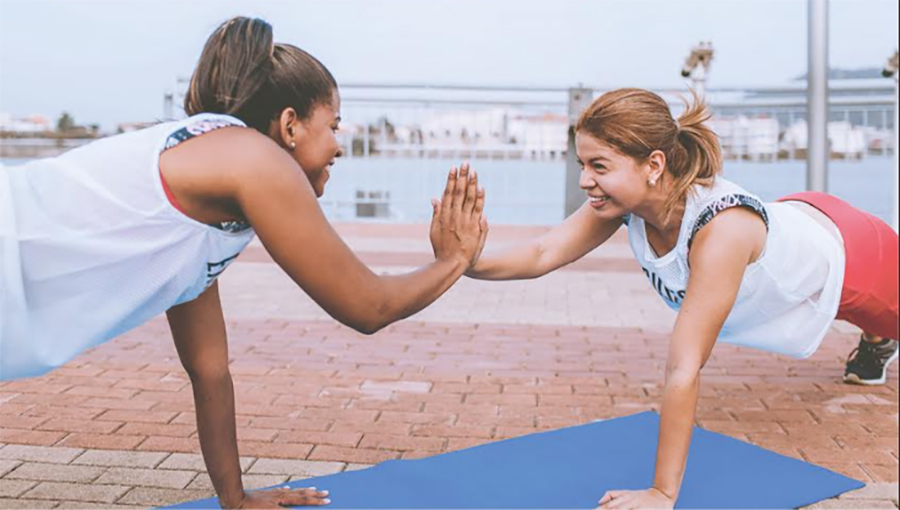 The animal study, published in Scientific Reports, investigated cognitive function in rats that alternated between a ‘cafeteria diet’ of foods high in fat and sugar (like pies, cake, biscuits and chips) and their regular, healthy diet. Over a period of six weeks, the rats were fed junk food in intervals of either three, five, or seven consecutive days, separated by their healthy chow diet.

The UNSW researchers found that the rats’ spatial memory recognition deteriorated in increments according to their pattern of access to junk food: the more days in a row they ate junk food, the worse their memory got.

‘Anything over three days a week of eating badly impacted memory in these animals’ said Professor Margaret Morris, Head of Pharmacology from the School of Medical Sciences and senior author of the study.

The researchers tested the rats’ spatial memory by first familiarising them with two objects. They then repositioned one of the objects and monitored the rats’ ability to recognise a change in their environment. A healthy animal, Professor Morris explained, would be more likely to explore the object that had been moved.

‘We all know that a healthy diet with minimal junk foods is good for our overall health and performance, but this paper shows that it is critical for optimal brain function as well.’

Morris and her team previously showed diet-related changes in rats’ hippocampuses, the part of the brain responsible for helping us find things and navigate spaces. ‘This particular brain region is important in all of us’ she said; ‘It’s also already known to be affected in humans by poor diet.’

In addition to the reduced spatial memory recognition, the study also identified physical differences between rats who consumed the junk food on the three-day and five-day intervals.

Lead author of the paper, Dr Michael Kendig, sees the results as encouraging; ‘What it suggests, at least over this relatively short-term study, is that cutting down [an unhealthy diet] even a little bit may have positive effects on cognitive ability’ he said.

Exercise could slow effects of Alzheimer’s

Exercising several times a week may delay brain deterioration in people at high risk for Alzheimer’s disease, according to a study that scientists say merits further research to establish whether fitness can affect the progression of dementia.

Research from UT Southwestern found that people who had accumulation of amyloid beta in the brain – a hallmark of Alzheimer’s disease – experienced slower degeneration in a region of the brain crucial for memory if they exercised regularly for one year.

Although exercise did not prevent the eventual spread of toxic amyloid plaques blamed for killing neurons in the brains of dementia patients, the findings suggest an intriguing possibility that aerobic workouts can at least slow down the effects of the disease if intervention occurs in the early stages.
‘What are you supposed to do if you have amyloid clumping together in the brain? Right now doctors can’t prescribe anything’ said Dr Rong Zhang, who led the clinical trial that included 70 participants aged 55 and older; ‘If these findings can be replicated in a larger trial, then maybe one day doctors will be telling high-risk patients to start an exercise plan. In fact, there’s no harm in doing so now.’

The study published in the Journal of Alzheimer’s Disease compared cognitive function and brain volume between two groups of sedentary older adults with memory issues: one group did aerobic exercise (at least a half-hour workout four to five times weekly), and another group did only flexibility training.

Both groups maintained similar cognitive abilities during the trial in areas such as memory and problem solving. But brain imaging showed that people from the exercise group who had amyloid buildup experienced slightly less volume reduction in their hippocampus – a memory-related brain region that progressively deteriorates as dementia takes hold.

‘It’s interesting that the brains of participants with amyloid responded more to the aerobic exercise than the others’ said Zhang; ‘Although the interventions didn’t stop the hippocampus from getting smaller, even slowing down the rate of atrophy through exercise could be an exciting revelation.’

However, Zhang noted that more research is needed to determine how or if the reduced atrophy rate benefits cognition.

As Instagram changes its approach to the promotion of health products, Australian health and lifestyle talent and content agency, The Lifestyle Suite, is tackling the ‘influencer issue’ head-on, by launching The Academy – a personalised program designed to raise the profiles of qualified experts and help thereal experts of today become the influencers of tomorrow.

Essentially a modern-day ‘finishing school’ for experts across the disciplines of health, science, lifestyle and sport, The Academy provides leaders in these fields with the tools, techniques and training as well as direct access to media executives, producers and publishers, to ensure that expert knowledge is more widely seen and heard within the public and social spheres.

Founder and Director of The Lifestyle Suite, Simone Landes said ‘We have a responsibility to make sure the health information we get from social platforms is underpinned by expertise. Influencers are great communicators, and we are all too ready to absorb health advice from these platforms without really questioning whether this has come from a credible and qualified expert. For us the solution is simple – to ensure that experts become outstanding communicators and create a better balance of the information out there.’

With an aim to drive improved health literacy in Australia and encourage consumers to be ‘influenced’ by trustworthy experts, the launch of The Academy is a natural next step for the boutique talent agency that already represents some of this country’s best-known health and lifestyle experts, including dietitian and nutritional scientist, Dr Joanna McMillan; cardiothoracic surgeon Dr Nikki Stamp; psychologist Dr Tim Sharp; and GP Dr Ginni Mansberg.

Applications for The Academy are open at academybytls.com

Residual funding is currently available to support the development of female leaders across Australia’s health and fitness sector.

The initiative is providing women with grants of between $2,000 and $7,000 to enable participation in one of three programs that cover such things as reinforcing resilience and wellbeing, engaging with challenge and conflict, creating future focus, leading authentically and driving performance.

The scholarship funding is provided with the specific intent of providing powerful and effective development opportunities for health and fitness sector women, but has to be allocated by the end of 2019.

Find out more and register your interest by clicking here to complete the Expression of Interest form prior to 22 November.