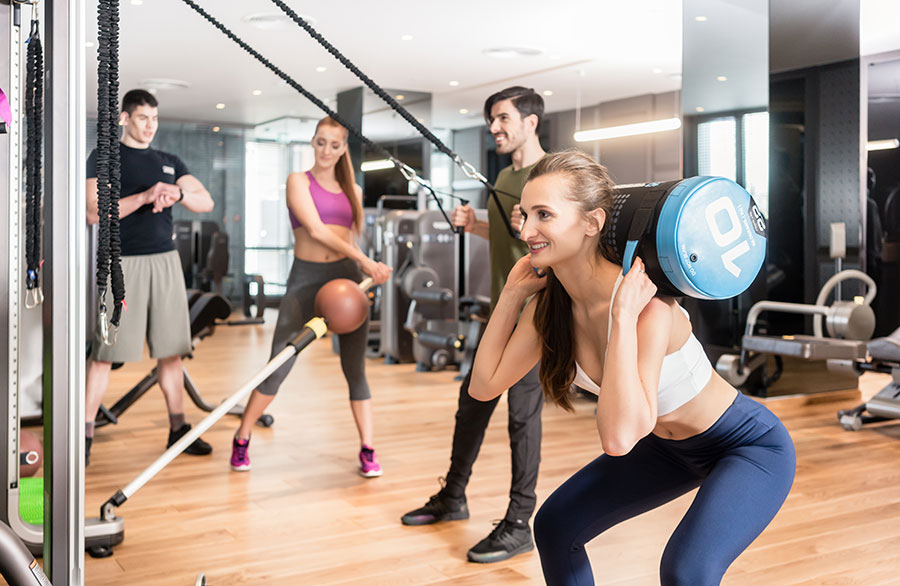 This week: Variety of exercise may be key to better brain function • Mediterranean diet linked to healthier gut • New blood testing for nutrition

Variety of exercise may be key to better brain function

Over the years, studies have shown that both physical and cognitive activity correlate with improved cognitive performance. Research has also demonstrated that individuals who spend long periods doing more passive activities, such as watching television, are more likely to experience steeper cognitive decline.

Many scientists have studied the effects of physical, leisure, and social activity on cognitive ability and decline. However, a recent study by researchers at the University of South Florida in Tampa takes a slightly different approach. Their findings feature in the Journals of Gerontology: Psychological Sciences and Social Sciences.

Rather than just assessing the overall level of activity, the authors of the latest study ask whether variety plays a role in keeping the mind sharp.

The authors explain that ‘experiencing and learning from a variety of activities in daily life are posited to increase cognitive reserve capacity and resilience, leading to better performance on cognitively challenging tasks.’

Also, taking part in a range of activities often means that individuals meet more people. The authors explain that social activity, in itself, promotes ‘one’s social network, knowledge, and psychological and cognitive resources.’

For the current study, the researchers took data from 732 people between the ages of 34 and 84 years. Every day for 8 consecutive days, they asked these individuals whether they had taken part in a range of specific common activities.

Using this information, the authors gave each participant a score for activity diversity that captured both the variety and consistency of activity.

After 10 years, the scientists asked the same group of individuals the same questions. At the start and end of the study, the researchers assessed each participant’s cognitive function.

The authors found that those who had the greatest activity diversity had the highest cognitive function scores. Even after adjusting for the overall amount of time that an individual spent on activities, the effect was still significant.

In other words, it is not that someone with diverse activities spends longer being active. Instead, it seems that it is the diversity itself that makes the difference.
In fact, the association remained significant even after adjusting for age, gender, race, level of education, and self-reported physical health and well-being.

The scientists also found that individuals who increased their activity diversity the most during the study period had better cognitive scores than those who maintained low levels of diversity or whose level of diversity decreased.

Interestingly, the researchers identified this association between diverse activities and better cognitive performance across all age groups.

‘Results support the adage to ‘use it or lose it’ and may inform future interventions targeting the promotion of active lifestyles to include a wide variety of activities for their participants’ said study author Soomi Lee, PhD.

A new study conducted by specialists from institutions in eight countries – including the University of Bologna, in Italy, and University College Cork, in Ireland – has added to the list of potential benefits brought on by a Mediterranean diet rich in vegetables, legumes, nuts, and whole grains.

The researchers, who reported their findings in the journal Gut worked with data from a cohort of more than 600 older adults in five countries. They found that, across the spectrum, a Mediterranean diet seemed to improve ageing individuals’ gut health and reduce frailty.

The study’s authors, led by Tarini Shankar Ghosh PhD, from the APC Microbiome Ireland research institute, pointed out that previous research has suggested that a simple dietary intervention such as switching to a Mediterranean-style diet might reduce frailty in older people. This is important because frailty involves the gradual breakdown of multiple systems at once, often involving widespread, low-grade inflammation that further contributes to poor health.

To verify that switching to a Mediterranean diet could lower measures of frailty, the researchers involved in the current study recruited 612 individuals aged 65–79. Medical exams showed that 28 of the study participants qualified as ‘frail’, 151 were on the verge of frailty, and 433 showed no signs of frailty.

The participants came from France, Italy, the Netherlands, Poland, or the United Kingdom. Of the total number, 323 individuals (141 men and 182 women) agreed to follow a Mediterranean-type diet for 1 year, while the rest continued with their usual diets and acted as a control group. The Mediterranean diet involved was rich in vegetables, legumes, fruits, nuts, olive oil, and fish. It featured very little red meat and few dairy products or saturated fats.

To understand the diet’s effects on the health of older individuals, the researchers started by examining the impact on gut health. That was because previous studies have suggested that older individuals – particularly those who live in residential care facilities – tend to have less healthy gut microbiotas, possibly as a result of more restrictive diets. In turn, an unhealthy gut corresponds to poorer overall health and faster onset of frailty in older adults.

The researchers explained that when bacteria release too much of certain bile acids, it is associated with an increased risk of insulin resistance, fat buildup in the liver, cell damage, and even bowel cancer. According to the researchers, the positive changes were likely thanks to the Mediterranean diet having provided a consistent source of key nutrients, including dietary fibre and crucial vitamins and minerals, such as vitamins C, B-6, and B-9, as well as copper, potassium, iron, manganese, and magnesium.

When they adjusted their findings for potential confounding factors, such as age and body mass index, the investigators observed that the associations between the Mediterranean diet and better gut health remained in place. The team also noted subtle differences in participants’ microbiome changes, depending on the countries that they lived in, which speaks to the independent influences of other environmental factors.

Regardless of these variations, all of the people who followed the Mediterranean diet showed the same overall improvements in gut and systemic health, the researchers emphasise. Although they caution that their research was observational, and thus cannot point to a direct causal relationship, the investigators noted that: ‘By protecting the ‘core’ of the gut microbial community, adherence to the [Mediterranean] diet could facilitate the retention of a stable community state in the microbiome, providing resilience and protecting from changes to alternative states that are found in unhealthy [individuals].’

While they continue to maintain that the Mediterranean diet is, overall, beneficial, the researchers acknowledge that it may be impractical for some older people – an obstacle that healthcare professionals will have to contend with.

‘In some older [people] with problems like dentition, saliva production, dysphagia, or irritable bowel syndrome, adapting a [Mediterranean diet] may not be a realistic option’ the researchers caution.

Trajan Nutrition chief executive officer Marco Baccanti said the technique would have a major impact on the nutrition industry by cutting testing costs, improving efficiencies and reducing the need for invasive blood testing for patients.

‘This could offer people the opportunity to first see if their diet is imbalanced’ Baccanti said; ‘Pathology labs can also now start using this methodology with far less invasive collection of blood of patients and using faster analytics and more cost-effective techniques.’

The breakthrough includes the development of special contaminant-free paper to protect the specific blood compounds being tested. Solvents have also been developed to help transfer the dried blood samples from the paper to testing instruments.

University of Adelaide Professor of Functional Food Science Robert Gibson began work on the technology 10 years ago with Professor Maria Makrides. One of Australia’s leading research experts into the nutritional needs of mothers and their babies, Makrides leads the Healthy Mothers, Babies and Children Theme of the South Australian Health and Medical Research Institute (SAHMRI) in Adelaide.

Both professors now also lead Trajan Nutrition, after making the breakthrough while overseeing large clinical nutrition trials of mothers and babies throughout the Asia Pacific Region. Gibson said the work was sparked by the mothers and babies trials initially relying on costly and invasive blood vial sampling.

‘It’s more efficient, less painful and that means lower cost in training blood-taking nurses, now it can be done with this little automatic lancer that pricks the top of a finger.’