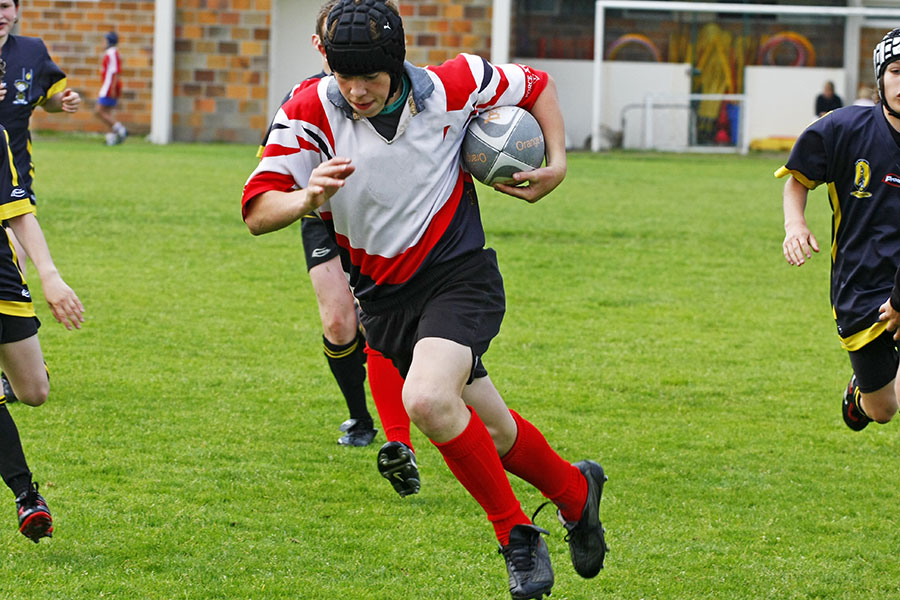 This week: Even many sports-playing teens don’t meet physical activity targets • Twitter and AI show who’s doing what exercise and where • Strength may come at expense of endurance

Australia must think beyond just organised sport if it wants to get teenagers moving, according to a new Deakin University study that found sport participation has a negligible impact on helping adolescents meet physical activity guidelines.

The world-first study, recently published in the Journal of Science and Medicine in Sport, measured the physical activity of more than 350 Victorian high school students using accelerometers, and compared this data with their reported participation in organised sport.

It found those who played sport accumulated just seven minutes more of moderate-to-vigorous physical activity each day, compared with their peers who did not.

Lead researcher Dr Harriet Koorts, a research fellow in Deakin’s Institute for Physical Activity and Nutrition, said this was critical as governments invested heavily in promoting sports participation as a key strategy to increase physical activity.

‘Australia has one of the highest rates internationally of organised sports participation among young people, yet it is one of the most physically inactive countries internationally’ Koorts said; ‘This is because physical activity incorporates not just sport, but also play, active transport, physical education and recreation at moderate to vigorous intensities.’

‘In 2016 Australia received the second lowest score for the proportion of young people meeting the physical activity guidelines – at least 60 minutes of moderate-to-vigorous physical activity.’

The average participant in the Deakin study spent 68.6 minutes per day in moderate-to-vigorous physical activity. Half reported participating in organised sport, and those who did played or trained an average of 3.4 times per week.

‘But our data showed that sport participation contributed less than 4% to adolescents’ overall moderate to vigorous-intensity physical activity’ Koorts said; ‘This did not change when we accounted for age, sex, BMI, socioeconomic status, or the type of sport played.’

Co-Director of the Institute for Physical Activity and Nutrition, Alfred Deakin Professor Jo Salmon, a senior author on the Deakin study, said it was great the government wanted to invest in keeping Australian kids healthy and active: ‘Of course it’s important to acknowledge that sports participation can lead to numerous psychological, social and physical health benefits’ Salmon said; ‘But it is not the silver bullet solution to reverse Australia’s ballooning overweight and obesity trends in young people.’

‘There is surprisingly limited evidence to suggest that sports participation outside of school hours contributes to increasing overall moderate-to-vigorous physical activity in youth. Australian governments are investing hundreds of millions in sport as a way of reversing rates of physical inactivity, overweight and obesity, yet our findings show this is not necessarily the best way to get young people moving.’

Instead, Professor Salmon said government needs to consider an increased focus on interventions delivered during school hours, as well as those encouraging incidental exercise, and a shift of emphasis in terms of where dollars are spent.

‘Encouraging unstructured physical activity during recess and lunchtimes is important, and research also shows that teenagers who use active transport to get to school accumulate 13 minutes more of moderate to vigorous physical activity than their peers each day’ she said; ‘Sport is part of the puzzle but it shouldn’t be the main driver in boosting adolescent activity. There’s better evidence for other things like creating active environments, active travel, and active classrooms.’

Twitter and AI show who’s doing what exercise and where

Social media data can provide a population-level view of physical activity, from bowling to Crossfit, and inform future efforts to tackle health disparities according to a new study led by Boston University School of Public Health (BUSPH) researchers and published in BMJ Open Sport & Exercise Medicine.

The study used machine learning to find and comb through exercise-related tweets from across the US, unpacking regional and gender differences in exercise types and intensity levels. By analysing the language of the tweets, this method was also able to show how different populations feel about different kinds of exercise.

‘In most cases, lower-income communities tend to lack access to resources that encourage a healthy lifestyle’ said study senior author Dr Elaine Nsoesie, assistant professor of global health at BUSPH; ‘By understanding differences in how people are exercising across different communities, we can design interventions that target the specific needs of those communities.’

In the future, social media and other digital data could help create interventions and policies informed not just by the habits of these communities, but also by what they think of different physical activities, said study lead author Dr Nina Cesare, a postdoctoral associate in global health at BUSPH; ‘We believe this work provides a step in the right direction.’

The researchers used a set of AI models to find and analyse 1,382,284 relevant tweets by 481,146 Twitter users in 2,900 US counties (and get rid of false positives, like references to The Walking Dead or watching sports, or using the expression ‘running late’). Finally, the researchers compared tweets by men and women, and from four different regions of the country: the Northeast, the South, the Midwest, and the West.