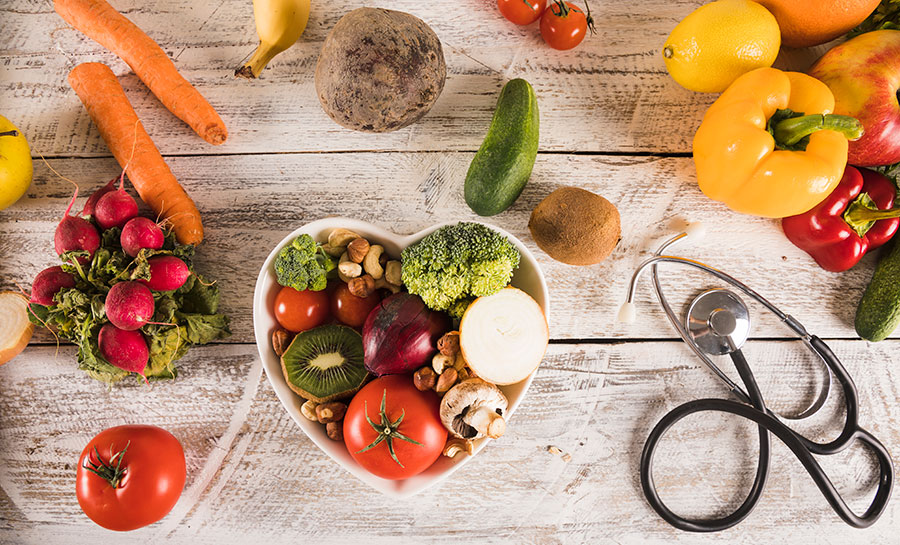 This week: Working out leads to better nutrition • Muscle memory persists even when training stops • Work stress and weight gain in women

Working out leads to better nutrition

Researchers at The University of Texas at Austin have found that exercising regularly is linked to better eating habits.

The new study, published recently in the International Journal of Obesity, looked at 2,680 young adults who were not exercising regularly or dieting. Scientists found that after exercising for several weeks, formerly sedentary study participants were more likely to choose foods like lean meats, fruits and vegetables, while preferences for fried foods, sodas and other unhealthy options decreased.

Participants were instructed not to change their diets in any significant way, but it happened anyway. Although this study did not examine the mechanism at work behind the changes, previous research has found that moderate exercise can reduce a preference for high-fat foods in animals through changes in dopamine levels. Several studies also have shown a relationship between the intensity of exercise and the amount of appetite-regulating hormones in the body.

‘The process of becoming physically active can influence dietary behavior,” said Molly Bray, corresponding author of the paper and chair of the Nutritional Sciences department at UT Austin and a pediatrics faculty member at Dell Medical School. “One of the reasons that we need to promote exercise is for the healthy habits it can create in other areas. That combination is very powerful.’

Source: The University of Texas

The old adage ‘use it or lose it’ tells us: if you stop using your muscles, they’ll shrink. Until recently, scientists thought this meant that nuclei—the cell control centers that build and maintain muscle fibres—are also lost to inactivity.

But according to a review published in Frontiers in Physiology, modern lab techniques now allow us to see that nuclei gained during training persist even when muscle cells shrink due to disuse or start to break down. These residual ‘myonuclei’ allow more and faster growth when muscles are retrained—suggesting that we can ‘bank’ muscle growth potential in our teens to prevent frailty in old age. It also suggests that athletes who cheat and grow their muscles with steroids may go undetected.

Lawrence Schwartz, Professor of Biology at the University of Massachusetts, said ‘Two independent studies—one in rodents and the other in insects—have demonstrated that nuclei are not lost from atrophying muscle fibers, and even remain after muscle death has been initiated.’

This suggest that once a nucleus has been acquired by a muscle fibre, it belongs to the muscle syncytium—probably for life.

‘Muscles get damaged during extreme exercise, and often have to weather changes in food availability and other environmental factors that lead to atrophy’ said Schwartz, ‘They wouldn’t last very long giving up their nuclei in response to every one of these insults.’

‘It is well documented in the field of exercise physiology that it is far easier to reacquire a certain level of muscle fitness through exercise than it was to achieve it the first place, even if there has been a long intervening period of detraining. In other word, the phrase ‘use it or lose it’ might be more accurately articulated as ‘use it or lose it, until you work at it again’.’

Heavy pressures at work appear to predispose women to weight gain, irrespective of whether they have received an academic education according to a new Swedish study.

Lead study author, Sofia Klingberg, a researcher in community medicine and public health at Sahlgrenska Academy, University of Gothenburg, said ‘We were able to see that high job demands played a part in women’s weight gain, while for men there was no association between high demands and weight gain.’

Over 3,800 study participants were investigated on three occasions over a 20-year period with respect to such variables as body weight and demands and control at work. They were followed either from age 30 to 50 or from 40 to 60.

The results show that the respondents with a low degree of control in their work more frequently gained considerable weight, defined as a weight gain of 10% or more, in the course of the study. This applied to women and men alike.

On the other hand, long-term exposure to high job demands played a part only for women. In just over half of the women who had been subjected to high demands, a major increase in weight took place over the 20 years. This gain in weight was 20% higher than in women subject to low job demands.

‘When it came to the level of demands at work, only the women were affected. We haven’t investigated the underlying causes, but it may conceivably be about a combination of job demands and the greater responsibility for the home that women often assume. This may make it difficult to find time to exercise and live a healthy life’ Klingberg said.