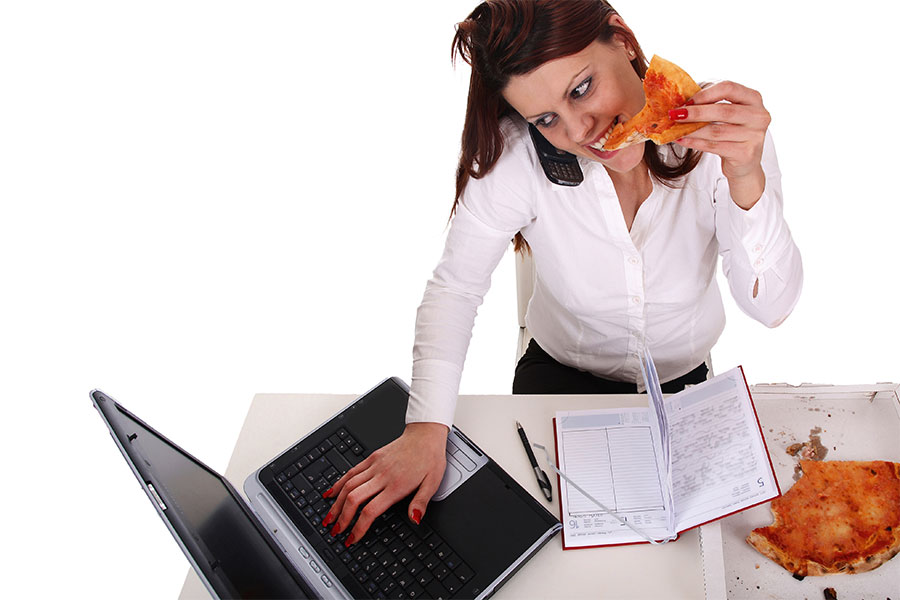 A study of older Australians has found a morning bout of moderate-intensity exercise improves cognitive performance like decision-making across the day compared to prolonged sitting without exercise.

Furthermore, the study showed that a morning bout of exercise combined with brief light-intensity walking breaks to frequently disrupt sitting throughout an 8-hour day can boost your short-term memory compared to uninterrupted sitting, according to the study published in the British Journal of Sports Medicine.

The ‘Brain Breaks’ study, led by the Baker Heart and Diabetes Institute and The University of Western Australia, also shows that the distinct responses in cognitive performance to exercise versus exercise and sitting breaks point to different patterns of physical activity being able to enhance distinct aspects of cognition.

The study of more than 65 males and females aged 55–80 years examined the effects of acute morning exercise on a treadmill with and without brief 3 minute walking breaks during an 8-hour day of prolonged sitting, and assessed aspects of cognition and concentration including psychomotor function; attention; executive function such as decision-making; visual learning and working memory.

Central to mediating the benefits of exercise on learning and memory is brain-derived neurotropic growth factor, a protein which plays an important role in the survival and growth of information-transmitting neurons in the brain. The results demonstrated that this protein was elevated for 8 hours during both exercise conditions, relative to prolonged sitting.

Physical activity researcher, Michael Wheeler says the study highlights that uninterrupted sitting should be avoided to maintain optimal cognition across the day, and that moderate-intensity exercise such as a brisk walk should be encouraged for the daily maintenance of brain health.

He says the study also reveals that not all aspects of cognition respond in the same way to a given dose of exercise and that it may be possible to manipulate the pattern of activity across the day to optimise specific cognitive outcomes.

‘With an ageing population which is looking to live healthier for longer, these studies are critical to people enjoying a productive and satisfying quality of life’, Michael says.

‘This study highlights how relatively simple changes to your daily routine could have a significant benefit to your cognitive health. It also reveals that one day we may be able to do specific types of exercise to enhance specific cognitive skills such as memory or learning.’

New research presented at this year’s European Congress on Obesity in Glasgow, Scotland shows that individuals with obesity who commute by car have a 32% higher risk of death, from any cause, compared with those individuals with a normal weight and commute via cycling and walking. The study is by Edward Toke-Bjolgerud, University of Glasgow, UK, and colleagues.

Previous work, using UK Biobank data, has shown that active commuting, mainly cycling, was associated with a 50% lower risk of death, from any cause, and heart disease compared to car commuting. Since 57% of men and 66% of women in the UK are overweight or obese, the authors of this new research aimed to investigate how different modes of active commuting (car, cycling, walking, mixed-mode) might alter the association between obesity and adverse health outcomes.

Their analysis includes 163,149 UK Biobank participants who have been followed up for a mean of 5 years. The age range was 37 to 73 years and 50.8% were women. Obesity was defined as a body mass index (BMI) (kg/m2) of greater than 30. Active commuting to and from work was self-reported and people classified in one of the following groups: car commuters, walking and cycling (active-mixed), cycling-only and walking-only. The health outcomes of interest were death from any cause, death due to heart disease and hospital admission due to non-fatal heart disease.

Dr Carlos Celis, from the British Heart Foundation Glasgow Cardiovascular Research Centre at the University of Glasgow and lead investigator of this work, reported that during the follow-up a total of 2,425 participants died and 7,973 developed heart disease. Compared with having a healthy body weight and reported mixed active commuting (walking and cycling to and from work; reference group), being obese combined with car commuting was associated with a 32% higher risk for premature death, a doubling of risk of heart disease mortality and a 59% increase in risk non-fatal heart diseases.

The authors concluded: ‘Our findings, if causal, suggest that people with overweight or obesity could potentially decrease the risk of premature mortality if they engage in active commuting.’

‘Regardless of your body weight, being physically active could partly reduce the excess risk associated with obesity. However, compared to other forms of physical activity – such as gyms and exercises classes – active commuting can be implemented and fitted within our daily routines, often with no additional cost, but at the same time could increase our overall physical activity levels and therefore help to meet the current physical activity recommendations for health.’

Australian researchers have discovered a new molecular pathway in the brain that triggers more weight gain in times of stress.

It’s no secret that overindulging on high-calorie foods can be detrimental to health, but it turns out that under stress, watching what you eat may be even more important.

A team led by Professor Herbert Herzog, Head of the Eating Disorders laboratory at the Garvan Institute of Medical Research, discovered in an animal model that a high-calorie diet when combined with stress resulted in more weight gain than the same diet caused in a stress-free environment. In the study published in the journal Cell Metabolismthe researchers revealed a molecular pathway in the brain, controlled by insulin, which drives the additional weight gain.

‘This study indicates that we have to be much more conscious about what we’re eating when we’re stressed, to avoid a faster development of obesity’ said Herzog.

Some individuals eat less when they’re stressed, but most will increase their food intake – and crucially, the intake of calorie-dense food high in sugar and fat.

To understand what controls this ‘stress eating’, the Garvan researchers investigated different areas of the brain in mice. While food intake is mainly controlled by a part of the brain called the hypothalamus, another part of the brain – the amygdala – processes emotional responses, including anxiety.

‘Our study showed that when stressed over an extended period and high calorie food was available, mice became obese more quickly than those that consumed the same high fat food in a stress-free environment’ explained Dr Kenny Chi Kin Ip, lead author of the study.

At the centre of this weight gain, the scientists discovered, was a molecule called NPY, which the brain produces naturally in response to stress to stimulate eating in humans as well as mice.

‘We discovered that when we switched off the production of NPY in the amygdala weight gain was reduced. Without NPY, the weight gain on a high-fat diet with stress was the same as weight gain in the stress-free environment’ said Ip; ‘This shows a clear link between stress, obesity and NPY.’

To understand what might control the NPY boost under stress, the scientists analysed the nerve cells that produced NPY in the amygdala and found they had receptors, or ‘docking stations’, for insulin – one of the hormones which control our food intake.

Under normal conditions, the body produces insulin just after a meal, which helps cells absorb glucose from the blood and sends a ‘stop eating’ signal to the hypothalamus feeding centre of the brain.

In the study, the scientists discovered that chronic stress alone raised the blood insulin levels only slightly, but in combination with a high-calorie diet, the insulin levels were 10 times higher than mice that were stress-free and received a normal diet.

The study showed that these prolonged, high levels of insulin in the amygdala caused the nerve cells to become desensitised to insulin, which stopped them from detecting insulin altogether. In turn, these desensitised nerve cells boosted their NPY levels, which both promoted eating and reduced the bodies’ normal response to burn energy through heat, the study showed.

‘Our findings revealed a vicious cycle, where chronic, high insulin levels driven by stress and a high-calorie diet promoted more and more eating’ explained Herzog; ‘This really reinforced the idea that while it’s bad to eat junk food, eating high-calorie foods under stress is a double whammy that drives obesity.’

While insulin imbalance is at the centre of a number of diseases, the study indicates that insulin has more wide-spread effects in the brain than previously thought.

‘We were surprised that insulin had such a significant impact on the amygdala’ said Herzog; ‘It’s becoming more and more clear that insulin doesn’t only impact peripheral regions of the body, but that it regulates functions in the brain. We’re hoping to explore these effects further in future.’