To successfully market to the baby boomer generation and engage them in fitness, we need to better understand the social, cultural and personal values that this demographic place on their health and fitness, argues Wendy Sweet. 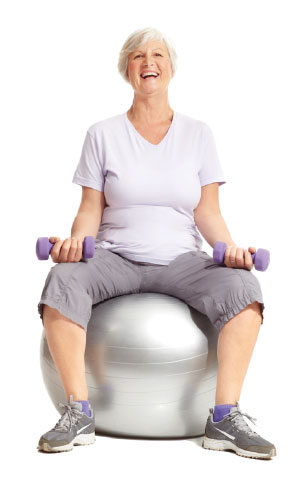 The release of a Neilson research report titled ‘Introducing Boomers: Marketing’s most valuable generation’ (Neilson Boomagers, 2012), as well as the earlier 2009 ‘Future of Fitness’ white paper released by Les Mills International, has sparked a frenzy of interest in the marketing of fitness products and services to baby boomers (those born between 1946 and 1964) around the world. According to the Neilson report, half of the US population will be aged 50-years or over within five years. However, despite being responsible for close to 50 per cent of all consumer spending, less than five per cent of advertising is geared towards this group.

The interest in the baby boomer demographic has importance for the fitness industry, not only because of an increasing interest by many governments in more ‘active’ ageing for the over-50s demographic, but because the past decade has witnessed an incredible growth globally in health club membership and the baby boomer demographic has recently emerged as an important market within the fitness industry. This is already being validated in the US, where women aged over 50 constitute the nation’s single fastest-growing group of exercisers (IHRSA, 2011). But while there is sound evidence for suggesting that big-spending boomers may be a panacea for gym membership sales in the next decade, it is the types of services on offer, and how these are marketed to ageing boomers, that should be of most interest to the global fitness industry, including Australian and New Zealand health clubs.

Understanding the significance of the baby boomers

The phrase ‘baby boom’ was coined to describe the phenomenal rise in post-war births which arguably arose from a dramatic rise in post-war marriages following the end of World War 2. Post-war optimism was high and, as Australian social commentator Hugh Mackay (1997) contends, ‘such large-scale production of babies signalled a return to peace, normality and the contentment of a stable family life.’ Baby boomers were born in the twenty-year period immediately after the Second World War, and this has particular significance for Australia and New Zealand, contends New Zealand population researcher Ian Pool, as the Antipodean baby boom in the early 1960s was of significant proportions. In 1962, towards the end of the post-war baby boom, peak total fertility rates (TFR) were 4.3 births per woman for all ethnic groups in New Zealand, while Australia’s peak was in 1961 with a TFR of 3.5. Interestingly, New Zealand and Canada had higher TFR’s during the early 1960s than both the US and Australia.

This large cohort of babies being born in the early 1960s was substantial – and unique. With the advent of the oral contraceptive pill, as well as social influences impacting on the number of children in families and increasing numbers of women returning to paid work over the next two decades, birth rates have never hit the highs of this post-war ‘boom’. What this means for New Zealand and Australian society today, is that most of the population wave of babies born in the mid-1950s and early 1960s are now in middle-age, and it is feared that over the next twenty to thirty years an ageing population will swamp the health system, both economically and socially. These boomers are tomorrow’s seniors, and interest is gathering from government agencies about how to prevent the economic burden of ill health arising from an ageing population. Hence the interest in physical activity patterns, leisure activities and of course, what mid-life baby boomers are spending their hard earned money on.

The baby boomers are a unique group of individuals. Social researchers have found that unlike their war-fatigued parents they have grown up in what has been considered privileged times. With a buoyant post-war economy, boomers grew up with distinctive experiences which set them apart from previous generations. This means that they are a strategic generation in aesthetic, cultural and sexual terms, especially as they were the first to live through a time when a mass consumer revolution, including access to a new system of payment, the credit card, transformed popular tastes and lifestyles. It is no surprise then that the term ‘generation gap’ entered general parlance in the 1960s to describe the emerging social and cultural differences between boomers and their parents. They are reputed as being the most educated, influential and prosperous generation, however in terms of the provision of public health and finite demands on the health budget, they also know that taking greater individual responsibility for their health and fitness is required. So too does the government.

In his book Generations, Australian social commentator Hugh Mackay states that collectively the baby boomers have been labelled as the ‘problem generation’ (Mackay, 1997). Interest is therefore increasing about how and why this cohort might become engaged in and motivated to self-sustain more ‘healthful’ leisure behaviours, such as physical activity and exercise. They are being challenged to embrace an alternative perspective of ‘growing old’ and to age more ‘actively.’ For the fitness industry in those countries that underwent a large increase in post-war births, the baby boomer market has some importance from a marketing as well as service provision perspective. More so since, according to Craddock (IDEA magazine, 2002), the:

‘Baby-boomers were the ones that led the first fitness boom back in the 1980s. Then they burned out or gave up. Now we need to reach out to this group again – to get the message out that fitness is a journey, not a destination…if we don’t do something, we’re going to have tremendous health problems as our population ages.’

Values placed on health and fitness

But marketing existing fitness services and products to ageing baby boomers (especially mid-life women) is not as simple as it seems. This is especially so, say social health researchers, when most of our knowledge of ‘how’ people age is over-represented by the bio-medical perspectives of ageing, i.e. the physical changes experienced with ageing. Very little is known about the social, cultural and personal values that mid-life boomers place on their health and fitness. Many social health researchers have set the challenge that health promoters and exercise practitioners, tasked with mediating and motivating an ageing population into more healthy pursuits, need to know more about the meanings that mid-life boomers give to fitness and health. This is particularly important not only to assist in enabling more targeted marketing to baby boomers, but also to enable the development of targeted products and services better suited to, and understood by, mid-life boomers, and to minimise any perceived barriers to fitness participation.

While there is a paucity of research specifically focused on mid-life baby boomers undertaking fitness activity in gyms, some research is starting to emerge on the socio-cultural influences of women involved in physical activity. Of particular interest to the fitness industry is a study from the University of Michigan (Segar, Eccles, Peek & Richardson, 2007) which identified that mid-life women (age 40-60 years) were more interested in exercising for ‘health benefits and weight reduction’ goals rather than any sense of exercising because it made them ‘feel good’ or for stress release or due to any influence from government health promotion campaigns. With over 250 mid-life women taking part in the study, the findings confirmed that these mid-life baby boomers had, over many years, internalised cultural, gender and media norms on the ‘ideal’ weight and, despite not feeling entirely positive about the exercise experience, felt that they needed to exercise for appearance and body shape motives rather than for any other reason. In the same study, exercising for ‘competitive purposes’ or for ‘fun’ were the least important reasons for being physically active. So, while it may be that many mid-life female baby boomers don’t particularly enjoy planned exercise, they participate because of the surrounding socio-cultural ideals relating to body shape. While this is only one study, it backs up similar research undertaken by Dale et.al (2009) for the Les Mills group.

With a number of feminist perspectives taking a critical view of the fitness industry for objectifying women’s body shape ideals and setting them up for ‘failure’ when they may not reach these body ideals, studies like the one discussed are important. For the marketing of fitness services and products it means that to some mid-life baby boomers, weight loss and improving ‘health’ is their ‘raison d’etre’ for joining and subsequently continuing. Not only do health club marketing departments need to focus on weight loss and health campaigns to get this target market into gyms, therefore, but fitness professionals (group exercise instructors, gym instructors and personal trainers) need to know and understand how to make a difference to both body weight and the health status (from the effects of menopause) of ageing female baby boomers as they enter into fitness regimes. Additionally, they need to try to counter this aesthetic focus by supporting long-term physical activity so that as they head into older age (65+ years), they undertake physical activity because they inherently feel better.

Ascertaining what ‘being healthy’ means to the mid-life boomer (male and female) and how this can be represented in fitness services and products is an important task for health club management and fitness professionals. In order to support weight loss in the mid-life female, staff at fitness facilities should not only be knowledgeable in exercise prescription for mid-life boomers, but also understand the important contribution that nutrition (especially research from the Diogenes Study), optimal hormonal health, sleep and supportive behaviour change make to the overall health and wellbeing of this important market. It is also desirable for fitness personnel to try to understand the values and meanings that baby boomers attach to their fitness experience: these may well differ from younger (under 45 years) members and older (over 65 years) members. By doing so, any marketing campaigns that clubs do undertake to encourage this important demographic to enter fitness environments will be backed up by fitness instructors and personal trainers who understand the real needs of the baby boomer market and can deliver effective, boomer-specific products and services.

Wendy Sweet, RGN/ BPhEd, MSpLS
The 2010 recipient of the FitnessNZ Award for Most Outstanding Contribution to the New Zealand Fitness Industry, Wendy has over 25 years’ industry experience, and is known for popularising personal training in New Zealand through the design and development of the Les Mills Personal Training program in the early 1990s. She has experience lecturing at both Waikato University and AUT University, and is working on her PhD on baby-boomers experiences with the fitness industry.