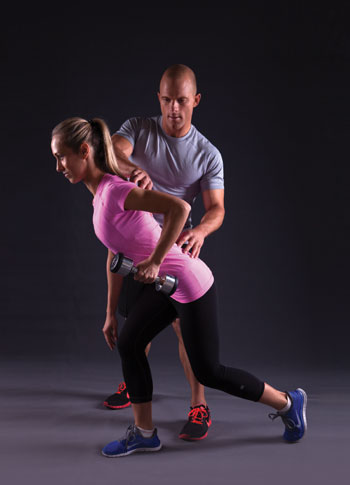 Achieving short and long term success with your clients requires more than an in-depth understanding of fitness.

The term ‘pedagogy’ is not typically associated with the personal training industry. With the continuing expansion of PT services into wellness and health behaviour change though, today’s trainers cannot afford to neglect this important dimension of their role. But what exactly is it?

In ancient Greece a ‘pedagogue’ was someone who was an expert in the art of instruction, in ‘life-preparing knowledge’, including social skills, cultural norms and wellbeing. Today, the art of pedagogy refers to ‘the science of instructing or coaching’. It is a term synonymous with teaching practices, from maths and English to physical education. All new teachers are trained in ‘the art of teaching’, and underlying this is the understanding that teaching is a relational practice – a co-construction between the teacher and pupil rather than a one-way ‘solo performance’. Great teachers know that to be successful in teaching requires not only purposeful communication, but also shared understanding. As such, the practice of teaching requires the teacher to be both knowledgeable and engaging. This is the scaffolding that holds the relationship together.

Teachers who understand pedagogical practices know that it is not just about how they feed-back to students, but also how they ‘feed-forward’. How they talk, what they say and their body language while they say it drives student learning and, more importantly, motivation of students to learn. In pedagogical terms this is known as the teacher’s emotional (caring) and embodied (within the body) engagement with students, both within and around the classroom. For teachers in today’s classrooms, ‘the art of teaching’ means being able to draw on a multiplicity of social, cultural, emotional and communicative behaviours, all of which are internationally recognised as enabling ‘best-practice’ student learning.

Sports coaching also has its set of pedagogical practices and personal trainers with Sport and Exercise Science degrees will be familiar with the many evidenced recommendations about how sports coaches can best apply their craft with their athletes. Sport coaching pedagogy has emerged from a huge number of studies situated within sports psychology about the ‘science of the athlete-coach relationship’. Propelled by the coaching success of long-time San Francisco 49ers coach, Vince Lombardi, (‘Winning isn’t everything, but striving to win is’), sports coaches the world over turned to Reiner Marten’s pedagogy of coaching in the early 1980s. Although Martens was specifically researching how to best coach yo

uth athletes, he was one of the first sports-coaching researchers to evaluate and bring attention to ways in which coaching styles and taxonomies (principles) of sports coaching practices impacted on athlete achievement.

Martens’ recommendations to coaches included ditching the more authoritarian, demanding style of communication and, instead, applying a more co-operative, teaching and relational style. As well as identifying the need to adequately convey knowledge, motivation and empathy, Martens paved the way for many coaches around the world to be more reflective of their coaching styles and adopt new philosophies of coaching. This opened the door to new research on sports coaching pedagogy. Many quantitative (statistical) studies have since followed, resulting in numerous and various models of coaching pedagogies now taught to coaches worldwide. But while a broadening of perspectives on ways that coaches might practise the art of coaching has resulted from these numerous studies, criticism is also emerging about the lack of attention paid by these statistically-framed studies to social, cultural, behavioural and situational variables (such as athlete motivation; barriers in the home etc) that almost always impact on the coach and athlete in the coaching setting (Cushion, Armour & Jones, 2006).

…to health and fitness

Over the past few years health promotion pedagogies have also been promoted to exercise professionals. With the rise of obesity, diabetes and cardiovascular disease in the general population, health behaviour-change interventions in population health promotion are increasingly in the spotlight. Strategies derived from behaviour-change success in drug and alcohol addiction cessation programs over a decade ago have prompted new behavioural coaching pedagogies being taught and implemented in a range of medical health promotion settings (such as in General Practice).

Leading the charge has been motivational interviewing strategies. Health promotion practitioners who apply motivational interviewing techniques adopt a more empathetic, patient-centred counselling approach. Patients are empowered to make their own decisions about ways in which they can change their own behaviour. Specific questions asked by the practitioner also help to resolve issues concerning overcoming barriers to participation, as well as strategies to prevent relapse. With this approach, problem-solving in ways which help the patient stick to the intervention remains at the forefront of the practitioner-patient interaction.

For some obese clients though, this doesn’t always work. A 2011 study on motivational interviewing practices, by the UK’s Sarah Hardcastle and Martin Hagger in Australia, suggest that consistently effective approaches for facilitating lifestyle change in primary healthcare settings are yet to be determined, especially with overweight and obese patients. The authors concluded that to be more effective, interaction needs to occur more frequently (rather than once a month) and, for women especially, acknowledgement of feelings and perspectives relating to their circumstances needs to occur in order to facilitate self-motivation to change.

So where does all this leave personal trainers with respect to their own pedagogical practices in facilitating behaviour change with clients? One-on-one personal training is known to be effective in changing attitudes towards physical activity as long as trainers have intervention strategies that work in the short term as well as in the longer-term (McLaren, 2003). This proved to be the case for 12 of New Zealand’s most experienced self-employed trainers in a study that I undertook in 2008. By targeting these experienced and highly sought-after trainers who worked in a range of community fitness settings (both rural and urban), I set out to explore the intervention strategies that each had learnt to implement in order to be most effective in changing client behaviour and getting results. None had any prior training on models and theories of behaviour change, but each had learnt to develop their own pedagogies of instruction as they learnt what worked and what didn’t. They learnt to do this not only in order to keep new clients engaged, but because ‘getting results’ was the key to their career success. Business was driven by word-of-mouth.

This meant that every trainer had identified that it was how they interacted with new clients in the first sessions that mattered. Most explained this as learning to ‘cut to the chase’ by finding out the client’s previous barriers to both exercise participation and healthy nutritional adherence. With this knowledge, problem-solving could occur. Trainers also found that exercise coaching style was important. With clients expecting them to be authorities on exercise and nutrition, they arrived at a style of communication that was ‘educational, friendly and firm’. The trainers interviewed found that in the first six weeks they used a more authoritative style of leadership and coaching. They did the thinking for the client, especially in the early sessions, and used their exercise prescription skills to write programs for clients. Because the trainer was the expert on weight loss, each learnt that educating clients and developing self-efficacy (confidence) for nutritional change as well as exercise was paramount. Strategies were very much based on establishing a motivational climate for clients both in and between sessions. The style of this differed based on the client’s physical activity history. On the whole, those clients with a history of physical activity and sport participation were communicated to more intensely. Trainers also described the importance of client accountability – ‘questioning, probing, problem-solving, dealing with relapse’, especially for weight loss clients. Achieving this was described as paramount to client success, especially in the early stages of behaviour change.

While none of the trainers in the study knew each other, they had all learnt similar strategies to effect consistent behaviour change with weight loss clients. In other words, they had learnt how to support their clients into new behaviours by using a range of coaching strategies which differed for early intervention compared with longer-term intervention. These strategies were educative and authoritative at first, but became empathetic and more relational over time, empowering clients to make their own decisions. Many described this longer term involvement with their client as having become their ‘life coach’.

What each trainer had developed was their personal pedagogy of coaching – which varied according to the client’s training background, self-confidence to achieve their goals and their motivation. All knew though, that underpinning everything was a motivational style that was specific to their role as a personal trainer. This style was described as ‘friendly, firm, educative and always positive, motivational and giving feedback’. Interestingly, this aligns with Professor Stuart Biddle’s recent report for Fitness First staff that ‘motivation to exercise’ requires people to feel competent in what they are doing as well as being supported and feeling that they are making progress.

A number of exercise psychology, weight loss and health promotion studies now acknowledge that improving a client’s self-efficacy (confidence) for exercise and using strategies to prevent relapse offers the most successful approach for behaviour change. What is less apparent in the clinical evidence, however, is the exact nature of how clients should be supported and communicated to in exercise settings, especially when age, gender, ethnicity and prior exercise history differ. The trainers in my study had worked out that coaching individuals in behaviour-change required skills that they had not been equipped with when they were training to become PTs, but which they had developed and found to be fundamental to both their success and that of their clients. As fitness professionals heed the findings from the Australian and New Zealand Fitness Industry Survey, that the main reasons for people hiring a trainer are to get better results and increase their motivation to exercise, it makes sense that personal trainers need to think about developing a pedagogy of coaching which will really make a difference.
reference
Cushion, C., Armour, K. & Jones, R. (2006). Locating the coaching process in practice: Modles ‘for’ and ‘of’ coaching. Physical Education and Sport Pedagogy, 11(1), 83-99.

Hardcastle, S./ & Hagger, M. (2011). “You can’t do it on your own”: Experiences of a motivational interviewing intervention on physical activity and dietary behaviour. Psychology of Sport and Exercise, 12, 314-323.

McLaren, S. (2003). The effectiveness of personal training on changing attitudes towards physical activity. Journal of Sports Science and Medicine, 2, 10-14.

Wendy Sweet, MSpLS, lectures in sports science and exercise prescription at Waikato University in New Zealand. A 30-year veteran of the fitness industry, in 2014 she was named Australian Fitness Network’s Author of the Year in recognition of her contribution to the ongoing education and upskilling of fitness professionals.