RESEARCH REVIEW: Could bad breath be good for your health and fitness? 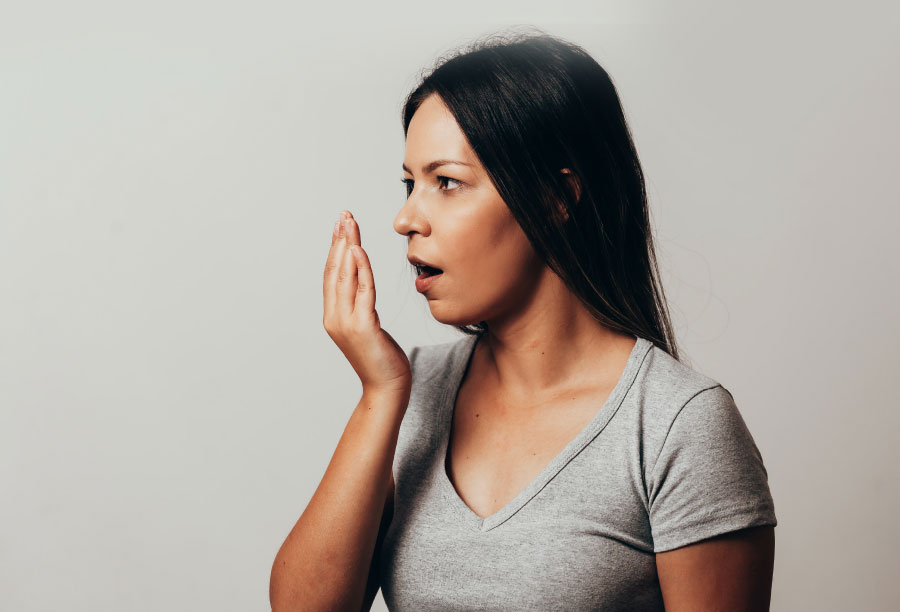 Researchers set out to investigate whether using antibacterial mouthwash could negate the blood pressure-lowering benefits of exercise by reducing the nitrate-enabling activity of oral bacteria.

Introduction: We see a large number of patients in the SCU student-led Exercise Physiology clinic, and the majority of them are on either beta blockers, angiotensin-converting enzyme inhibitors, calcium channel blockers or some other class of antihypertension medication to help reduce their blood pressure to normal levels. It is important to note that the American College of Cardiology and American Health Association have now defined high blood pressure (i.e. hypertension) as a blood pressure of > 130/80 mmHg (the old threshold was > 140/90 mmHg). Clearly, the medical and health experts are taking a more conservative approach to what threshold represents high blood pressure! This is highly beneficial to the individual’s health, as it reduces the likelihood of cardiovascular disease (i.e. heart attacks), cerebrovascular disease (i.e. strokes) and kidney disease.

Unfortunately, we see a large number of patients in their late 30s to early 50s who are generally healthy but have elevated blood pressure. The GPs refer these patients so we can prescribe evidence-based exercise to help them improve their resting blood pressure without the need for medication. Regrettably, some of these individuals will not adhere to the recommended dose (i.e. frequency, intensity, duration) of aerobic and resistance training exercise and subsequently will require medication to normalise their resting blood pressure. It should be noted that these same individuals also usually have unfavourable cholesterol levels (i.e. high total cholesterol, high low-density lipoproteins, high triglycerides and low high-density lipoproteins – the latter being good cholesterol) which is another risk factor for cardiovascular and cerebrovascular disease, and one which has also been shown to improve with exercise. These same patients therefore end up on yet another prescribed medication (usually a statin) to help reduce this risk factor for cardiovascular and cerebrovascular disease.

There is substantial research which illustrates the benefits of regular exercise training on resting systolic and diastolic blood pressure. However, most individuals do not realise that there is a benefit seen in both acute (immediately following an exercise session) and chronic (i.e. 10 weeks or more) exercise training.

Dr Cutler and his colleagues, as part of his PhD, conducted a very interesting study which has recently attracted worldwide attention. They are aware that post-exercise hypotension (i.e. blood pressure lowering) occurs in both healthy and hypertensive individuals following an aerobic exercise session. The mechanism for acute post-exercise blood pressure lowering is still not fully understood, but in brief, it is believed that post-exercise hypotension has an effect on nitric oxide. Nitric oxide causes blood vessels to relax and dilate, and this lowers blood pressure. For example, Houston and Hays (2014) gave hypertensive individuals oral lozenges that generated nitric oxide in the mouth, and this resulted in a significant decrease in resting blood pressure (4mmHg systolic and 5 mmHg diastolic).

What is unique about Dr Cutler’s study is that the researchers postulated that normal antibacterial mouthwash has nitrate-reducing properties on the oral bacteria in the mouth, and that simply washing the mouth out with an antibacterial mouthwash would negate the blood pressure-lowering benefits of the exercise session. A fascinating and important research question. 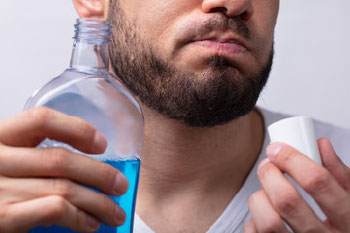 The researchers recruited 23 healthy individuals who were non-smokers, not obese (i.e. BMI not > 30kg/m2) and had normal blood pressure. Participants completed 2 treadmill workouts at 65% (moderate intensity) of their maximal aerobic capacity (VO2max). The subjects completed four sets of seven minutes running on the treadmills, with a three-minute rest period between each exercise bout. The subjects were randomised such that prior to one treadmill run they rinsed their mouth with an antibacterial mouthwash (0.2% chlorhexidine) and prior to the other with a placebo (mint flavoured) one. They were unaware of which they were using in each instance. Blood pressure and nitric oxide was measured before the treadmill exercise, one hour post-exercise and two hours after.

Dr Cutler concluded that it appears that oral bacteria are the key to opening up the blood vessels, which is itself key to seeing blood pressure decrease. If the bacteria in the mouth are removed with the use of antibacterial mouthwash, nitrite cannot be produced and the blood vessels remain in their current state (i.e. they do not relax and vasodilate after exercise). He further added that existing studies show that, exercise aside, antibacterial mouthwash can actually raise blood pressure under resting conditions.

Pros: This was a very interesting study. We have seen a number of gut-related health and fitness research articles in the past two years. It is becoming apparent that the oral and gut microbiomes are far more important to our health and wellbeing (and fitness) than was previously suspected.

Cons: It would be beneficial for researchers to conduct the study with individuals who were hypertensive, elevated, stage 1 and stage 2. This would be a good avenue for future research.

Joe is an exercise science researcher. He has worked in a number of large international research teams with study findings presented around the world. In addition to working in the university sector, he is a director of Fitness Clinic Five Dock and Sport Science Institute. http://www.sportscienceinstitute.com/