Research Review: Don’t just sit there, do something! 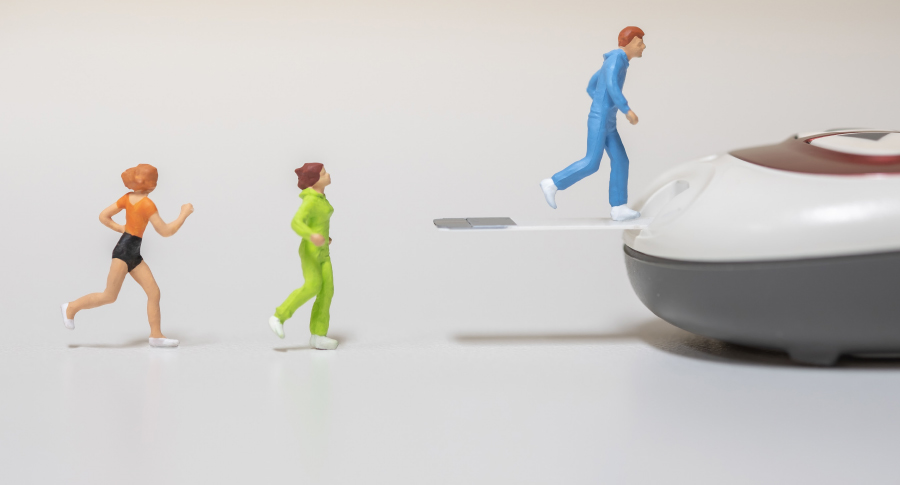 An extensive review of previous studies looks at the health implications associated with prolonged sitting, and the behaviours that may offset these negative effects. Review by Dr Mike Climstein PhD and Dr Joe Walsh PhD

Title: Sitting time and risk of cardiovascular disease and diabetes: A systematic review and meta-analysis

Introduction: Many, many years ago I used to compete as an Olympic lifter, and when pushing the limits, I ended up herniating my L5/S1 disc and subsequently had chymopapain injection, which allowed me to continue lifting… somewhat. My low back could no longer tolerate the ballistic pulls of the snatch and clean and jerk lifts, but the less dynamic lifts in powerlifting were no problem.

The surgeon told me that after the surgery my low back would lose flexibility. Little did I know that a loss of low back flexibility was not the only problem, and I also experienced minor low back pain when I would sit for prolonged periods of time.

When I measured how much sitting I was doing at work, and then at home on the computer and watching television, I was absolutely shocked! A study published in the Journal of the American Medical Association (Pandey et al., JAMA 2016) reported that sitting 12.5 hours per day increased your risk of heart disease by 14% compared to those that only sat for 2.5 hours per day. Now I’m no longer wondering why my colleagues at the university have variable height desks that they can stand or sit at.

In the late 2000’s a number of physiologists began investigations into what was called ‘inactive physiology’ or ‘sitting physiology’ and this began the interest in the deleterious effects of sitting on health. Recently, Dr Bailey and his colleagues in the UK conducted a review of the literature involving sitting and its associated development of chronic diseases. Initially, they reported that the average adult spends up to 60% of their waking time in sedentary behaviour, which equated to over 8 hours per day. They conducted an electronic search of the major databases (PubMed, Web of Science, BASE, MEDLINE and ScienceDirect) of available research from 1989 to the present day on studies that followed up on individuals 18 years of age and older who were initially healthy, and their total sitting time was measured. 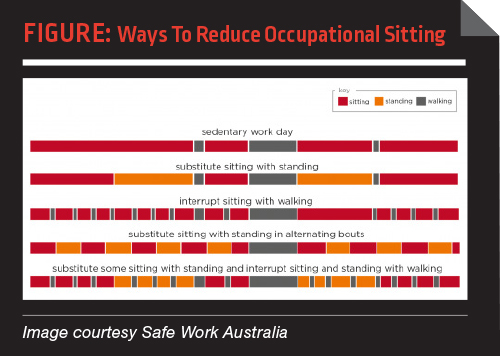 Results: Initially, over 4,000 articles were identified, however only nine with over 224,000 participants were used in this literature review. The studies had follow-up times that ranged from 2.7 to 13 years. The higher total daily sitting time was found to be associated with a 29% increased risk of cardiovascular disease and 13% increased risk for type 2 diabetes mellitus. The authors explain that this increased risk is attributed to a number of physiological mechanisms, which result in higher levels of lipids (i.e. cholesterol), blood glucose and insulin. They also report that prolonged sitting may result in vascular dysfunction and hence atherosclerosis.

The authors did include information that these deleterious effects of prolonged sitting on increased risk for cardiovascular disease and type 2 diabetes mellitus has been shown to be reduced in individuals who complete 60 to 75 minutes of moderate-intensity exercise per day.

Pros: This was a good study, however additional research is needed in sitting physiology to determine absolute thresholds for a number of chronic diseases and what amount (and intensity) of physical activity/exercise is needed to counteract the deleterious effects of prolonged sitting.

Research by Daneshmandi et al., (2017) reported that office workers sitting for 6.5 hours out of an 8-hour shift demonstrated 6.3% higher blood pressure and 11.2% higher elevated cholesterol, and that over 50% had low back and shoulder problems. A study by Suliga and colleagues (2018) reported that sitting for more than 6 hours per day resulted in an average 14% increased risk for metabolic syndrome.

Cons: It would be beneficial for researchers to conduct a review on available research for a number of chronic diseases and conditions and the doses of exercise needed to offset the increased risk.

Ekelund, U., Steene-Johannessen et al., (2016). Does physical activity attenuate, or even eliminate, the detrimental association of sitting time with mortality? A harmonised meta-analysis of data from more than 1 million men and women. Lancet. 388(10051):1302-1310.

Dr Joe Walsh
Joe is a sport and exercise scientist. As well as working for Charles Darwin and Bond Universities, he is a director of Fitness Clinic in Five Dock, Sydney. fitnessclinic.com.au