Research Review: exercise can be so demanding… 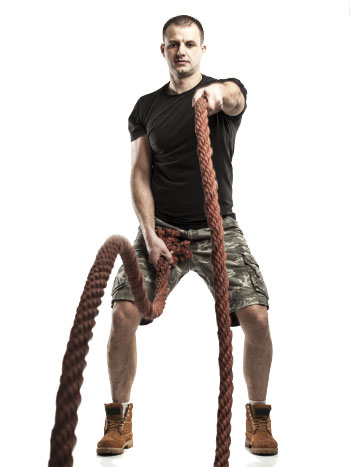 By measuring the metabolic demands of common exercises researchers were able to rate the most effective moves for energy expenditure, aerobic capacity and heart rate.

Introduction: It’s the last week of university and I’m preparing my last lecture for a colleague who is in Las Vegas at a strength and conditioning conference. Hmmph! Just not fair – and on top of sending an email from the poolside reminding me to give the lecture, he has the audacity to complain about the 40°C weather (did I mention it’s been single digits temperature here on the Gold Coast in the mornings?)

Anyway, getting back on topic, I’m preparing his lecture on obesity and am including a number of slides on basal metabolic rate, resting metabolic rate, assessment of obesity (skinfolds, bio electrical impedance, air-displacement plethysmography (aka BodPod), hydrostatic weighing and dual energy X-ray absorptiometry) as the students have endless questions about the best technique to estimate adiposity (body fat) and which exercises are best (in terms of caloric expenditure) for clients with weight management issues. The recent article by Dr Ratamess and his colleagues is a perfect fit for this topic as they evaluated the metabolic demands of 13 common modes of exercise.

The battling rope (10.9kg) group completed three sets of 30-second bouts with 2-minute rest intervals. Each of the sets was divided into three 10-second bouts of single-arm alternating waves, double-arm waves with a one-half squat and double-arm slams with a half squat. The article features a table that provides an excellent overview of the different groups’ training regimes.

In total there were 13 separate exercise protocols which the subjects completed on separate days (in a randomised order, one exercise per session). The authors assessed the metabolic requirements (peak and average VO2) and energy expenditure (kcals per minute) using open circuit spirometry and exercise heart rates for each of the exercises performed.

Results: A total of 10 experienced resistance-trained males (mean age 20.6yrs) participated in the study. There were significant differences between a large number of the exercises completed. In brief, the battling rope exercises achieved the highest peak and mean VO2 (38.6 and 24.6ml/kg/min), highest energy expenditure (10.3kcals/min) and highest exercise heart rate (~153bpm, ~77% age predicted HRmax) when compared to the other exercises in the study. The second highest (for all measurements) was burpees, which had a peak and mean VO2 of 35.9 and 22.9ml/kg/min, energy expenditure of 9.6kcals/min and exercise heart rate of 136.3bpm. The squats, deadlifts and push ups (with lateral crawl) ‘scored’ very similarly, with peak VO2’s ranging from 31 to 32.5ml/kg/min. Energy expenditure for these exercises was also similar, burning approximately 7.8 to 8.2kcals/min. The lowest values were associated with planking, for which VO2 peak and mean were 12.8 and 7.9ml/kg/min and energy expenditure was 3.3kcals/min. Planking also had the lowest exercise heart rate at (on average) 93bpm. The article features another excellent table that lists the metabolic responses for each of the 13 exercises.

The authors conclude that it is not surprising that the highest metabolic responses were seen in the large muscle mass exercises and the lowest value seen in the plank, which is isometric and therefore less metabolically challenging.

Pros: This study is very applicable to a wide array of exercise enthusiasts and exercise professionals who can make good use of these findings. It is important to differentiate between specificity of training for musculoskeletal benefits versus cardiorespiratory or energy expenditure benefits.

It should be remembered that the caloric output was averaged across the whole work and rest period, not just the exercise time. Although the focus was on energy expenditure, though important, that is only one factor of many to consider when designing an exercise program. For my colleague and my clients reading this: there is a lot of hard work coming up with plenty more squats, deadlifts, lunges, battling ropes and – of course – burpees coming your way!

Associate Professor Mike Climstein, PhD FASMF FACSM FAAESS is one of Australia’s leading Accredited Exercise Physiologists. He is the program director of Clinical Exercise Science and co-director of the Water Based Research Unit at Bond University’s Institute of Health & Sport. michael_climstein@bond.edu.au