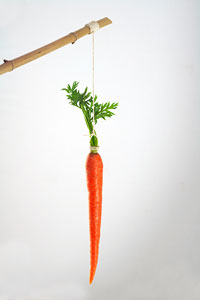 Despite the overwhelmingly positive relationship between physical activity and health outcomes, research from the Heart Foundation shows that 66.9 per cent of Australians aged 15 years and over are sedentary or engage in very low levels of exercise. This means that a staggering 12 million Australians do not make exercise an important part of their lifestyles.

So, how can we incentivise people to exercise more, and would it help to reward people who do?
The answer is yes, according to a new studywhich found that allocating rewards for both individual and team performance is the most effective way of increasing physical activity. The study also highlighted the value of smartphones in monitoring people’s exercise programs.

The study consisted of a 13-week trial, followed by a 13-week follow-up period in which a group of 304 employees from an organisation in Philadelphia undertook a challenge to take at least 7,000 steps each day.

According to Dr Mitesh Patel, lead author of the study, ‘compared to the control group, the combined incentive nearly doubled the time participants met their physical activity goals; 35 per cent versus 18 per cent of days.’

These findings prove that a combination of rewards works best in encouraging exercise and that team-based incentives should also reward individual accomplishments and reinforce accountability and peer support to a team.

The study also looked at the role of smartphones in monitoring a person’s physical activity. Researchers found that 96 per cent of the participants completed the full 26-week study, even though incentives were not offered in the 13-week follow-up period. It is believed that this was due to the smartphone-based approach to data collection, which offered a hassle-free and more objective way to monitor physical activity.

Patel concluded, ‘The findings provide a better understanding of how team-based models and incentives can be used to change people’s behaviour towards better health, and how physical activity interventions and wellness programs can be better designed.’ In addition, ‘It also indicates the promise of smartphones to track outcomes when combined with a behavioural change intervention.’