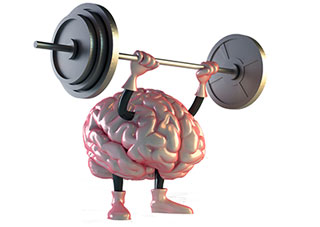 According to Reach Out, roughly 3 in 100 people will experience a psychotic episode, most commonly occurring in young adults. Psychosis is the experience of an ‘altered reality’, causing people to misinterpret or obscure what is going on around them. This may be in the form of a hallucination, in which things that are not real are ‘seen’ or ‘heard’, or delusions, which are fixed, but false beliefs.

Regrettably, the long term prospects for young people diagnosed with psychosis are typically poor, with high rates of relapse, unemployment and even premature death.

Now, researchers at the University of Manchester in the UK have uncovered an important link between exercise and psychosis, devising exercise programs that dramatically reduce the symptoms among young people with first-episode psychosis.

The study recruited 31 people aged 18 to 35 who had been referred to local mental health centres for treatment to undertake personalised exercise regimes, carried out under supervision for a ten-week period.

At the end of the ten weeks, the participants completed a variety of standardised mental and physical health tests, along with a small control group which did not complete an exercise program.

According to the results, the exercise group showed a 27 per cent reduction in psychiatric symptoms, which was significantly lower than the control group. Furthermore, this group experienced an improvement in brain function and a small reduction in body weight, going against the expected weight gain associated with some antipsychotics.

Joseph Firth, lead author of the study, explained, ‘By reaching people early on, exercise can provide a healthy and empowering add-on treatment for young people with psychosis. This could massively improve their social functioning and mental health, hopefully preventing long-term disability from ever arising.’

Firth also stresses the importance of establishing an exercise regime from a young age stating that, ‘getting people into a routine early on also helps set habits for life, which can make a huge difference to their long-term physical and mental health.’