Training for muscle mass: an update 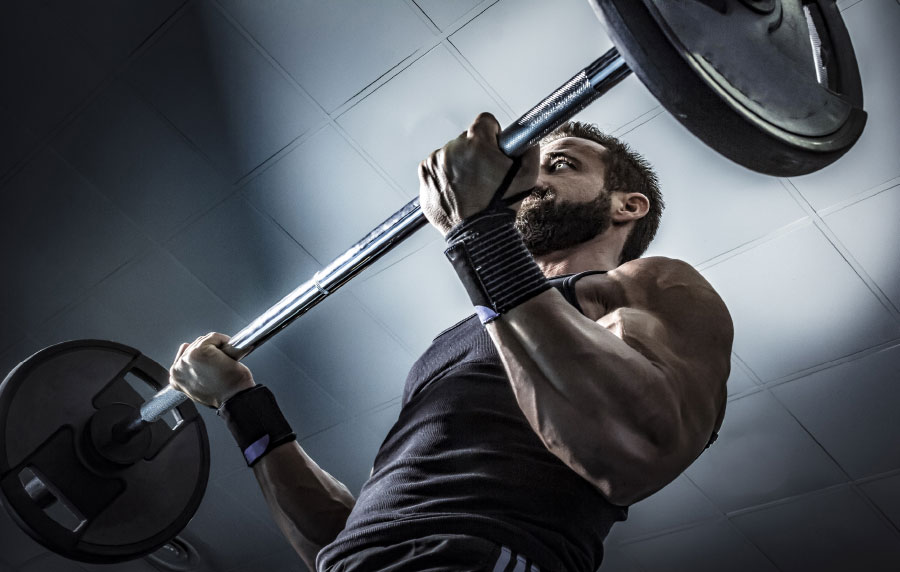 In 1988, at a weightlifting meet in Canberra, the Russian Leonid Taranenko successfully clean and jerked 266kg. Due to restructuring of the weight classes in 1993, 1998 and 2018, Taranenko’s official world record is, sadly, no longer recognised (that honour now belongs to the Georgian Lasha Talakhadze, who lifted 264kg in 2018, after coming back from serving a 2-year ban for doping). Despite not officially being ‘recognised’, Taranenko’s lift is the heaviest weight to be lifted in weightlifting ever – and he performed this feat of herculean strength 31 years ago.

If you look to classic texts on strength training from that period, such as Vladimir Zatsiorsky’s Science and Practice of Strength Training, Dietmar Schmidtbleicher’s Strength Training: Structure, Principles, And Methodology or Yuri Verkhoshansky’s Programming & Organization of Training, you find a very consistent approach to the development of muscular strength.

All strength authorities agree that the repetition range for the development of maximal strength is between 1-6, the number of sets for each primary exercise is 4-8 and the rest between sets is 3-5 minutes. A casual glance through the autobiography of the world’s most successful weightlifter, Naim Suleymanoglu (The Pocket Hercules), detailing his training in the 1980’s or the Russian Weightlifting Yearbook, which outlines the strength routines of the world’s best at the time, reveal an astonishingly high percentage of primary lifts for maximal strength being performed in that range: 60% of the yearly repetition range for the snatch and clean and jerk was 2, and 93% of all squat sets for the year was performed between 2-7.

How much has changed in the actual training methods used by the strongest weightlifters decades ago, when the clean and jerk world record was set and classic textbooks written? The answer is, not much. The sets, reps, volumes, exercises and training methods remain very similar to the programs that Taranenko used in the 1980’s. Put another way, a very long time ago, the Russians had worked out the training methods to maximally increase strength and little of significance has changed since those days.

So what about muscle size? 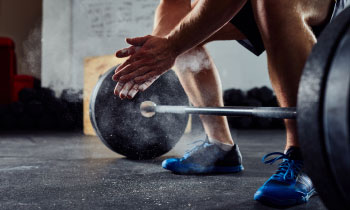 But what do the early texts say on the topic of training for muscle hypertrophy? Zatsiorsky1 states that the training protocols to induce muscle hypertrophy have a rep range of 5-7 or 10-12, short rest periods (1-2 minutes), three or less muscles trained per workout (a split routine) and a high training volume per muscle group. This view of hypertrophy was echoed by the ACSM’s position stand, published in 20092, and stated that the “emphasis [should be] on the 6-12 RM zone using 1- to 2-min rest periods between sets at a moderate velocity. Higher volume, multiple-set programs are recommended for maximising hypertrophy.”

Virtually all textbooks state the same: 6-12 repetitions and high volumes are required for the development of muscular hypertrophy. However, unlike the training protocols for maximal strength – which have stood the test of time – modern science examining the training variables for hypertrophy have caused the profession to modify deeply held and entrenched views of some of these aspects.

The opinion has long been held that the loading scheme for hypertrophy should cause volitional fatigue between 6-12 repetitions. Going higher than this, such as to 15, 20 or 30 reps, will cause improvements in muscular endurance, but is insufficient ‘load stimulus’ to create muscle mass. Indeed, I remember the late renowned strength coach Charles Poliquin making the ‘fart’ noise as he handed me back a program I had written for his examination in the early 2000’s. I had used a 15-20 rep range. He said I ‘failed’.

However, several research groups around the world have re-examined the accuracy of this belief and have convincingly and consistently shown that the heavier loads traditionally recommended for muscle mass may not be ‘the only way’. For example, studies led by both Brad Schoenfeld in the US and Professor Stuart Phillips in Canada have demonstrated that the load, or repetition range, for hypertrophy does not occur in the precise zone that has been historically suggested. Phillips and his team have recently stated ‘muscular hypertrophy is similar between lower-load (~30-50 %1RM) and higher-load (>70 %1RM) resistance training exercises, when loads are lifted to the point of volitional fatigue, thus, load does not mediate resistance training-induced muscular hypertrophy.”3 This is a large paradigm shift for those writing hypertrophy programs. From a practical perspective, modern research has shown that the rep range can be much wider than has historically been recommended, which can be employed in a workout or as part of a periodised program over many months, exploring different rep ranges and methods.

Much of this change in thinking can be traced back to the thought process of Stuart Phillips several years ago. Based on the Size Principle of muscle fibre recruitment, Phillips hypothesised that the point of muscle failure would cause high-threshold motor units (type II fibres) to be activated, regardless of repetition range. Over fifty years ago, Henneman4 identified the orderly recruitment of muscle fibres, now called the Size Principle. He showed that at the point of volitional fatigue, all available muscle fibres will have been recruited, and by extension, whether that happens at a load causing failure at 10 reps or 30 reps, it is the task failure that drives motor unit recruitment and, therefore, the key signal of hypertrophy.

Since Phillips thought experiment, a number of studies have confirmed this, the latest being from Phillips’ lab, led by Rob Morton5. Historically, heavier loads, in the 6-12 repetition range, have been viewed as necessary to recruit fast twitch type II fibres, based on the EMG measurement of contracting muscles6. However, Morton and colleagues had participants perform resistance training to task failure under four different lifting conditions: with heavier loads at 80% of 1RM, both at a normal speed and a slow tempo, and lighter loads at 30% of 1RM, again with a normal speed and slow tempo. In addition to measuring EMG amplitude of the working muscle, the researchers also examined glycogen depletion across the muscle fibre types, allowing a more precise determination of type I and type II muscle fibre recruitment. Morton and his colleagues found that type I (slow twitch) and type II (fast twitch) muscle fibre glycogen depletion was not different between loads and lifting speeds when resistance exercise was performed to task failure. The authors concluded that ‘performing resistance exercise to task failure, regardless of load lifted or repetition duration, necessitates the activation of type II muscle fibres.’ In summary, Brad Schoenfeld, Stuart Phillips and their colleagues have provided the physiological framework to overturn decades of thinking about the loads (and repetitions) required to develop muscle hypertrophy. 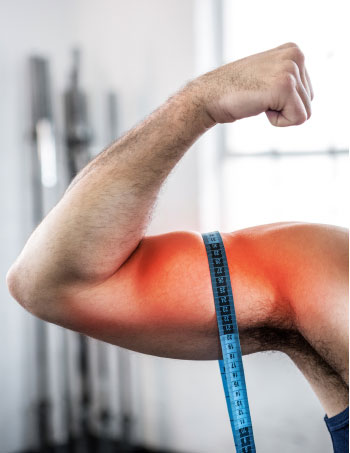 All historic texts on training for muscle mass also agree that training volume, that is, sets x reps x exercises for the same muscle group, should be high. This has led to the preferred use of a training split – dividing the training week into specific body regions – over the ‘total body’ regime. It is not uncommon for hypertrophy programs to have fifteen to twenty sets per muscle group per workout. But how much volume is enough? Surely there is an upper limit to reach with respect to training volume, where the signals that trigger muscle anabolism is achieved and further volume becomes superfluous (or even detrimental) to muscle growth?

Modern studies examining the role of volume have shown that once volitional muscle fatigue is attained, increasing volume by increasing the number of sets per workout, the number of repetitions per set, the number of sessions per week, or the load lifted per repetition does not result in superior muscle hypertrophy7. In other words, muscle effort, or muscle fatigue/failure, appears to be a primary driver of muscle growth pathways. Volume becomes increasingly important where high levels of fatigue are not present8. However, once a muscle has failed, there does not appear to be a great value in persisting with more sets from the perspective of hypertrophy. Although there will undoubtedly be individual differences with respect to how volume impacts muscle growth, the totality of evidence suggests that a weekly volume of 10-15 sets per muscle group9 is sufficient for most people, which can be organised in a split regime or, somewhat controversially, as a total body program.

The 1980’s ushered in the modern era of hypertrophy research, with studies examining the effect of resistance training on anabolic hormone release. Over several decades, William Kraemer and colleagues published a huge amount of data on the way the various training variables alter the hormonal response to a workout10. Trainers were quick to adopt this information, designing resistance training programs with the goal of optimising testosterone, growth hormone and IGF-1 levels by carefully selecting the loads, repetitions, sets, exercise choices and recovery between sets that had been identified by Kraemer to result in the highest hormonal release and therefore the greatest potential for hypertrophy.

The cracks in the ‘hormonal hypothesis’ of muscle hypertrophy began to appear in the mid 2000’s when, in a series of studies, Stuart Phillips and his colleagues found no relationship between the hormones released in response to resistance training and muscle protein synthesis or muscle hypertrophy11. This was yet another area of firmly held belief that research had caused us to completely reassess. Muscle fibre recruitment is regarded as the primary driver of muscle hypertrophy and, to quote Rob Morton’s most recent study examining the hormonal response to exercise, ‘in agreement with our previous studies, it is clear that the post-exercise increases in systemic hormone concentrations are unrelated to changes in muscle hypertrophy or strength.’

The highest load lifted in the sport of weightlifting occurred in 1988. Textbooks on strength training written around that decade outline the training variables required to develop maximal strength. In the thirty to forty years that have passed since these seminal works were published, little has changed in the thinking and programming for strength training. The same cannot be said, however, with regards muscle hypertrophy. Recent studies have overturned decades of historic dogma that heavy loads, high volume and post-exercise anabolic hormones are required for the growth of muscle. We now understand that, providing exercises are performed with high effort and focus to volitional fatigue, the load lifted, the repetition range, tempo, periodisation scheme12 and training volume, are all the ‘details’ that comprise the training program, but are subordinate in value to the effort/failure of the exercise being performed.

Tony has been a trainer for 25 years, specialising in the development of strength and endurance, and training for body composition. He holds a PhD in Exercise Science and is an Accredited Exercise Physiologist (ESSA). Tony runs educational courses for personal trainers in his Sydney-based facility.