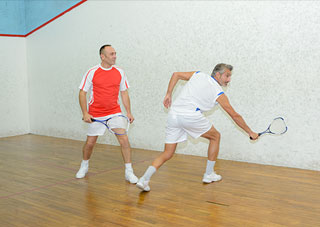 It’s pretty much a given that exercise makes us healthier and live longer – but which activities are the best in this respect?

Research recently published in the British Journal of Sports Medicine explored which sports had the greatest effect on mortality.

Examining data from 80,306 British adults (average age 52), researchers focused on levels and types of physical activity, including both daily activities such as gardening, and participation in sports.

Some of the other findings appeared to be at odds with these positive relationships, for example those showing that smaller amounts of certain activities had more positive health associations than larger amounts, but these were speculated to be caused by limitations of the study itself.