Women need more oxygen than men to breathe during exercise 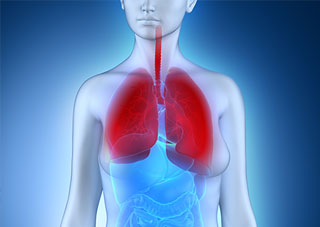 Women’s respiratory muscles – the muscles used for breathing – require a greater amount of oxygen during exercise than men’s do, according to recent research from Canada.

Researchers from the University of British Columbia found that at submaximal and maximal exercise intensities muscles such as the diaphragm and those surrounding the ribcage consumed more oxygen in women than in men – meaning that female exercisers use more energy than men when breathing.

Professor William Sheel from the University of British Columbia and lead investigator of the study, explained, ‘During exercise we need to breathe more often, and as a consequence, the respiratory muscles need to work harder and use a lot of energy. Our findings are important because they show that the metabolic cost of breathing during exercise is higher in healthy young women. We know that like other skeletal muscles, the contracting respiratory muscles require enough blood flow to meet oxygen demand.

‘Our findings suggest that if women have a greater oxygen cost of breathing, they likely dedicate a greater amount of blood flow towards their respiratory muscles during maximal exercise. Hence, their physical performance may be less because of a reduced blood flow to the leg muscles, but this still needs to be tested.

‘Future studies could investigate whether the higher oxygen cost indeed has an influence on leg blood flow, cardiac output and skeletal muscle fatigue. This may also play a role in lung diseases. A reduced lung capacity together with harder working muscles may lead to a higher energy demand, which could be greater in women. Sex-differences in exercise responses could therefore be important for clinical management of people with lung disorders.’

Source: The Journal of Physiology