Could a pre-jab workout reduce side-effects of vaccinations? 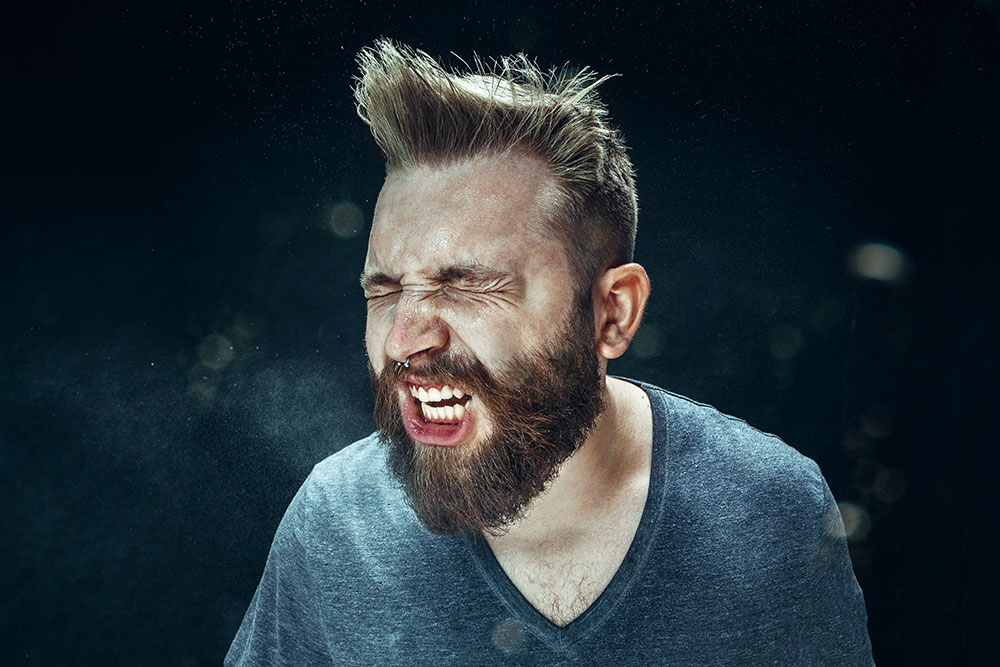 Researchers investigated whether older adults who exercised prior to receiving a flu vaccination experienced lesser side-effects than non-exercisers.

Introduction: I have previously communicated to Research Review readers how I almost drowned while surfing in Indonesia many (many) years ago. Since that near-death experience I train for surfing like it’s an Olympic event (which it is now, debuting at the 2020 Tokyo Olympics). Although I surf or do a gym or pool session almost every day, I up the training when I am preparing for bigger size waves like Indonesia, Fiji and of course Hawaii. It is my strategy to try to minimise my chances of having a ‘misadventure’ in the surf (to word it nicely).

Let me preface this next section with the fact that I grew up in South Florida, never had a cold or the flu, my parents the same, so the concept of the flu vaccine was quite foreign to me. Fast forward many years and there I was, hyper-trained and highly surf-fit, boarding a Hawaii-bound flight for a surf trip. Unfortunately, there were no frequent flyer seats available in Business, so I was seated in cattle class for the 9.5-hour flight to Honolulu next to a lady who was coughing, spluttering and complaining to her husband that she needed an aspirin as she was feverish… Now, this individual had no concern for others and was coughing all over the cabin. Fun fact: cough droplets can travel as far as 6 metres – unless they are prevented from doing so by first hitting someone much closer. I was that lucky someone. Needless to say, after a couple of days in paradise I was sick as a dog! Once recovered, I began my commitment to getting an annual flu vaccination.

In many countries people wear masks if they have influenza when travelling on public transport. This considerate approach is not implemented by many on, for example, Australian public transport – or private transport, as evidenced by my flight neighbour. Limiting the spread of diseases is a multifaceted approach, and consideration for others also extends to mechanical reduction in exposure risks by, for example, using masks to reduce the risks to others when someone is infected.

The flu isn’t just unpleasant and inconvenient: for some it is deadly. In 2019 alone, over 310,000 Australians contracted the flu, with approximately 300 of these cases resulting in death, the youngest being of a 13-year-old girl. The World Health Organisation reports that influenza affects up to 5 million individuals worldwide annually, resulting in up to 650,000 deaths. Living in Southeast QLD, I am based in a region of Australia that has one of the biggest anti-immunisation contingents – and that stance extends to the influenza vaccine. For some, this is due to concerns or a conscientious objection to it, whereas others simply consider it a complete waste of money. Regardless of your philosophy about the flu vaccine, we believe it is quite timely for this Research Review topic of exercise and its effect on the flu vaccine, as the 2020 flu season is coming!

Goldbaum (a doctoral candidate) and her colleagues at The University of Sydney reported there are a number of chronic conditions which have been shown to have an altered response to the flu vaccine.  For example, obese adults, those with insomnia, smokers and those with low fitness have been shown to demonstrate reduced antibody responses to the flu vaccine. In some, but not all, research study participants, physical activity and higher levels of fitness have been associated with a better antibody response following the flu vaccine – yet another potential benefit of physical activity and exercise.

There are however, a number of potential side effects to the flu vaccine. The Centers for Disease Control and Prevention (CDC) in the United States lists mild side-effects, which include soreness at the injection site, redness/swelling (I’ve experienced these first two side-effects each time), and low-grade fever and aches. The CDC reports that only 1 to 2% of individuals who get the flu shot will experience one of these minor side effects.

There are also potentially rarer, but more serious side effects reported, such as allergic reactions, breathing difficulty, swelling, racing heart, dizziness and high fever. Statistical evidence may indicate other issues that have the possibility of a small increased risk that is associated with influenza vaccines, such as Guillain-Barre syndrome (GBS). This was particularly evident with the 1976 swine-influenza vaccine (an 8.8 times increase over background rates) and is a rare disorder in which a person’s own immune system damages their nerve cells, with one or two cases per 100,000 people per year. There is a small increase in risk with vaccination (e.g. 1 in a million), but the risk is, however, much bigger if infected with influenza. Thus, although there is a complex relationship of GBS and its association with influenza and influenza vaccines, it is generally considered that there is less risk with vaccination than with the infection itself.

This study, conducted by researchers in Sydney, investigated the effects of a single bout of resistance training exercise on the vaccine responses of older male and female adults. They recruited 47 healthy, older adults (mean age 74 years) who were randomised to either an exercise group or control group. The exercise group completed a single session of resistance training exercise which consisted of five exercises at a moderate-intensity (~60% 1RM) for eight reps and then the flu vaccine was administered in the shoulder of their non-dominant arm. The participants in the control group sat quietly reading for 30 minutes and then received the flu vaccine, also in their non-dominant arm. All participants were contacted via phone two days later to inquire about reactions to the vaccine (i.e. pain, redness, swelling or any other symptoms or illness).

Results: None of the participants in either group had a severe reaction; however, the control participants were significantly more likely to experience a minor side effect (e.g. fever) than the exercise group. Although exercise was shown to reduce the reaction to the vaccine injection, it had no effect on the antibody responses or development of flu-like symptoms at follow-up six months later.

Pros: This is a good, practical study with national and international implications for exercise enthusiasts who participate in yearly influenza vaccinations.

Fitness enthusiasts are advised to speak with their GP about getting the flu vaccine and asking if exercise can precede, or follow, the injection.

In a related study, Ranadive et al., (2014) investigated the effects of a single bout of exercise (40 minutes of aerobic exercise at 55-65% HR max) on the antibody response. They found that the women in the study had a significantly higher antibody response (which is advantageous), but this response was not replicated for the men. Researchers at Iowa State University who conducted a pilot study on the effects of exercise on the flu vaccine found that participants who completed either a 90-minute run or bike ride after being vaccinated had nearly double the antibody response, compared to volunteers who sat for 90 minutes following administration of the vaccine.

Cons: As reported in the manuscript, there were some earlier studies that did not detect any effect on influenza antibody levels from doing exercise beforehand. This is still a fairly new field and one day it may be possible that people are prescribed some form of exercise with their influenza vaccine injection (pre- or post-injection). In the meantime, readers are encouraged to remember that the concept of deliberately exercising before or after an influenza vaccine is still an experimental concept (i.e. not extensively tested). Hopefully, researchers will continue to conduct research on the effects of exercise on the antibody response following influenza vaccination as well as effects on related side effects.

Joe is an exercise science researcher. He has worked in a number of large international research teams with study findings presented around the world. In addition to working in the university sector, he is a director of Fitness Clinic Five Dock and Sport Science Institute. http://www.sportscienceinstitute.com/