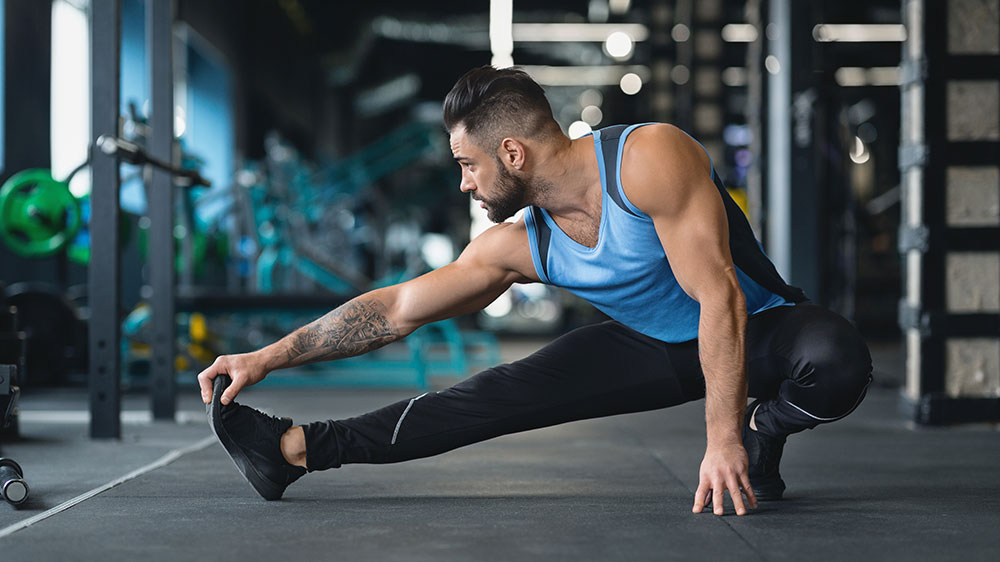 Stretching may increase flexibility, but, as movement coach Dave Liow explains, this doesn’t necessarily reduce the risk of injury.

It’s difficult to isolate the relationship between stretching and injury when conducting research. There are many factors that relate to injury risk. Fitness, strength, and previous injury, for example, are important considerations. Most of the research investigating stretching and injuries has followed groups of athletes or military recruits.

Using military recruits in stretching studies has its advantages. Military recruits are reasonably homogenous, with factors such as age, exercise, and diet being very similar within groups. When recruits are divided into a group that stretches and a group that doesn’t stretch, we’re comparing ‘stretching’ apples with ‘non-stretching’ apples, as it were. However, using these results from young males in military studies to prescribe stretches for your 65-year-old female client may be a stretch.

The Goldilocks level of flexibility

One of the larger military studies (Amako et al, 2003)1, which followed 900 recruits over two years, showed that fewer back injuries occurred with a stretching program. Other military studies, such as Jones and Hauschild (2015)2 also show that the most flexible and the least flexible male recruits had increased injury risk. Recruits with low flexibility tended to suffer from overuse injuries, while flexible recruits were more likely to suffer from acute injuries. This suggests that we need a certain amount of flexibility for the tasks we’re given – but that too much or too little may predispose us to injury.

An Australian military study (Pope et al, 2000)3 of more than 1,500 recruits who were undergoing basic training, compared two groups: those training with a warm up; and those training with a warm up and six lower body stretches held for 20 seconds. There was no difference in injury rates between the groups after 12 weeks of training. Fitness measured by a 20-metre shuttle test was a better predictor of injury, leading the researchers to suggest that fitness training rather than flexibility training may be a better investment of your time if you’re looking to reduce your injury risk.

A meta-analysis4 in 2014 by Lauersen et al also suggested that factors other than flexibility may be more important for reducing injury. This study assessed over 3,500 different injuries in over 26,000 subjects. Stretching was found to have no effect on these injuries, while proprioceptive training and strength training halved the risk of injury.

It appears, therefore, that once you have sufficient flexibility, not too little and not too much, fitness training, strength training and body awareness training may be more protective against injury than stretching.

Some studies have also reported increased injury rates with stretching. In theory, sustained stretches of 90 seconds may compromise muscle function for up to 2 hours afterwards. In practice though, not many people will hold a stretch for over 90 seconds. In reviews of stretching and performance, Behm et al (2016)5 found around a 50/50 split, with static stretching showing either a detrimental effect on performance or no effect at all.

The bottom line here is that long, sustained stretches prior to activity probably aren’t useful for performance and may even be detrimental. If you’re going to use static stretching, then stretching after exercise or well before you start exercising is a better approach. Better still is dynamic flexibility work prior to exercise. Reviews of dynamic stretching studies show a 50/50 split with improved performance or no effect in performance – a better, and safer, bet for your time spent prior to training.

To stretch or not to stretch?

While there isn’t much evidence that stretching reduces the risk of injury, I wouldn’t tell someone not to stretch after exercise. Once you’ve got adequate range of motion for your activity, however, investing your time in fitness, strength and proprioception work seems to be a better strategy for injury prevention.

Dave Liow
Dave is the founder of the Holistic Movement Coach Programme which integrates holistic health with movement training – because health is much more than movement. He has a long history in elite high-performance sport conditioning and also specialises in working with clients with chronic pain and injuries. hm-coach.com / facebook.com/groups/292568934258703 / youtube.com/channel/UC5UEWEfZRtjfwrTkhJTJy6w