The dollar cost of sedentary living 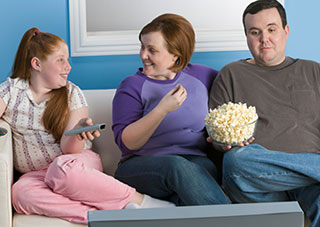 Physical inactivity incurs a conservative estimated global cost of $US67.5 billion a year, leading a Queensland researcher to emphasise the importance of promoting movement.

The University of Queensland School of Human Movement and Nutrition Sciences Dr Tracy Kolbe-Alexander co-authored a two-year study released ahead of the 2016 Olympics.

‘The study involved in-depth analysis of non-communicable diseases such as coronary heart disease, stroke, type 2 diabetes, breast cancer and colon cancer’ Dr Kolbe-Alexander said; ‘The cost of physical inactivity was calculated for 142 countries, representing 93 per cent of the global population. We took into account both the direct healthcare costs and the loss of productivity due to disability or death. Our estimate of $US67.5 billion was rather conservative and, if we used other economic models, the expense could be closer to $US145 billion.’

The research, published in medical journal The Lancet, placed Australia’s share of the annual cost of physical inactivity at $US555.6 million, 67 per cent of which was paid for by the public sector.

Some diseases and conditions, such as hypertension, metabolic syndrome and falls, were not used in calculations, meaning that the true cost was actually under-estimated.

‘One thing we definitely did not do was exaggerate cost figures’ Kolbe-Alexander said; ‘We hear so much about healthcare costs, particularly around budgetary and election times, but what seems to be lacking is discussion about preventative measures. One of the key messages of this paper is that prevention will not only improve the life of Australians, but also result in substantial healthcare savings.’