Be healthy and sidestep cancer 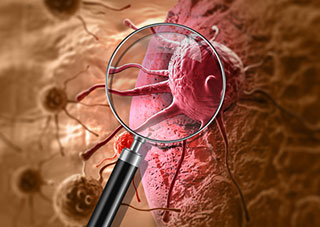 Cancer is an incredibly destructive disease that aggressively attacks the body’s cells, organs and tissues. Devastatingly, one in three women and one in two men are diagnosed with cancer before the age of 85. However, a new study has found that by making healthier lifestyle choices and improving the quality of food that we consume an astonishing one in three cancer cases could be avoided each year in Australia.

The study, funded by the Cancer Council of Australia, identified 37,000 preventable cases of cancer that could have been evaded by controlling six key risk factors. These include smoking, UV radiation, body weight, poor diet, and alcohol consumption.

By examining 116,850 cases of intrusive cancer in 2010, the study discovered that approximately 4,000 cases were directly linked to obesity, 2,600 cases were related to poor fibre intake, and 1,500 cases were due to a lack of fruit consumption. Furthermore, over 2,000 incidences of cancer were linked to the excessive consumption of red meat.

According to Professor Sanchia Aranda, CEO of the Cancer Council, these findings indicate that factors commonly associated with a sedentary lifestyle cause roughly 90 per cent of avoidable cancers. Aranda warned that the tendency to eat too much of the wrong foods has a serious impact on health and encouraged people to steer clear of fad diets and focus on eating less red meat, smaller portions and less processed foods.