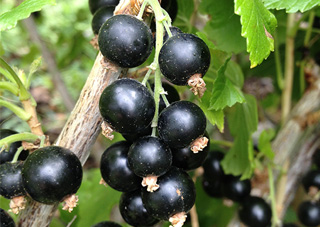 In case you need any further incentive to include berries in your daily diet, new research has found that not only is this fruit delicious, it is also highly beneficial for the brain. The research has discovered that New Zealand blackcurrants can increase mental agility and potentially prevent mental decline.

Conducted by scientists at Plant and Food Research New Zealand and Northumbria University in the UK, the study discovered that New Zealand blackcurrants can increase mental performance indicators such as accuracy, attention and mood. Furthermore, the study also showed that the juice from blackcurrant variety ‘Blackadder’ reduces enzymes in the brain known as monoamine oxidases; chemicals which regulate serotonin and dopamine concentrations in the brain. These chemicals are known to affect mood and cognition, and are important in the treatment of neurodegenerative diseases such as Parkinsons as well as mood disorders like stress and anxiety.

The research tested the cognitive effects of ‘Blackadder’ drinks on 36 healthy adult participants between the ages of 18 and 35 years and found that after consuming the juice participants’ attention and mood improved and their mental fatigue declined.

This study exposes an important link between the effects of berry consumption and cognitive performance. According to professor Roger Hurst, Science Group Leader at Plant and Food Research, ‘understanding what, and how, foods affect mental performance could lead to the development of new foods designed for populations or situations where mental decline is a factor, such as older people or those suffering from stress or anxiety.’ This study is therefore a crucial step forward in supporting brain health.