Is this really the ‘Holy Grail’ of dieting, or just another fad?

Is a ‘diet’ that enables clients to gain muscle and lose fat too good to be true? Rosemary Marchese asks whether this is an achievable – and sustainable – dream. 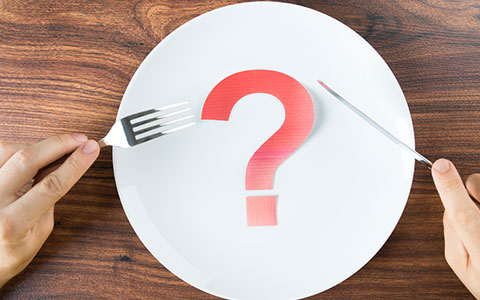 There’s no doubt you’ve encountered a client or two (or hundred) who are on a quest for the elusive goal of fat loss and muscle gain. Well, they may not actually realise that’s what they’re after, because they come to you asking for help ‘losing weight’ and the truth is, they don’t really care how – they just want to lose it.

Introducing the regular ‘dieter’ who really doesn’t want to exercise. It’s up to you to educate them about the perils of weight loss through cutting calories and not exercising (i.e. they’ll lose muscle too, which is really not good for their metabolic health). So it’s little wonder that when scientists claim that a certain approach to eating enables you to gain muscle and lose fat at the same time, it starts to be hailed as the ‘Holy Grail’ of dieting. So, what’s the deal?

Here’s the truth. Yes, scientists did find out it was possible to achieve both fat loss and muscle gain quickly, but – and it’s a big ‘but – it’s not as easy as some quick-fix diet (it never is, is it?). In the study published in the American Journal of Clinical Nutrition the scientists placed 40 young, overweight men on a one-month program of hard exercise, while making them cut their energy intake by around 40 per cent. That’s pretty tough going for most of the general population. The guys in the study were somewhat recreationally active before the program, but not in great physical shape.

What the program entails

Cutting energy intake is well known to be associated with reductions in lean body mass, but about 20 to 30 per cent of the weight loss comes from a reduction in lean body mass and the rest from adipose tissue. So, the study findings appeared to be great news, but of course they came with the hurdle of tough training sessions. Six days per week tough…

Both groups had to report to a lab for intense training sessions six days per week over the one-month period. Training consisted of:

Phew! That’s not an easy load.

Is this the answer your clients are looking for?

The results of this study were great for weight loss. To be able to achieve weight loss that incorporates an increase in lean body mass and decreases in fat is awesome. Both groups lost weight, however the higher protein group gained lean body mass and lost fat while the other group only lost fat. The higher protein group also lost more fat than the other group.

The authors acknowledged some limitations of the study, including the fact that it was hard to monitor whether the subjects ate the food exactly as provided, however it did seem that overall compliance to the program was pretty good. On the flip side, the training schedule was really tough – tougher than many of the general population would be able to sustain. These young, overweight men faced:

Another limitation was that the study was not conducted on a large number of people and was only for a select group, i.e. young, overweight men.

It would be interesting to see a follow up of the groups, but as far as I know there has not been one. There are, however, plans to do further similar studies in women. But here lies the question; is this a ‘diet’ that your clients could stick to? Perhaps there is a modified version that could work better. We need to find the right balance of exercise prescription for clients so that they stick with exercise for life, not just in the short term. Is this the type of regimen that you could put your clients on for a short period and then adjust it down the track to ensure long-term adherence? So many questions! But it’s all exciting stuff.

To be able to start finding real answers to weight loss questions is great, but we also need to ensure it’s ‘safe’ weight loss. This brings us to the ‘location matters’ debate. According to Dr Carl Lavie in his book The Obesity Paradox: When thinner means sicker and heavier means healthier, there definitely is something we often forget – location of fat matters (something that the fitness industry sometimes forgets). We need some fat on our bodies! Fat has a role to play in immunity. Humans have done so much fat shaming that some clients want to get rid of all fat at all costs. But we have to remember that it’s actually the visceral fat that’s really making us sick. This is the fat and inflammation that makes its way to the vital organs such as the liver and heart, wreaking havoc and causing dysfunction. It will be interesting to see if more studies emerge from these innovative scientists looking more specifically at where the fat is being lost from and the long-term health outcomes of the subjects.

As for whether this is a ‘holy grail’ diet, you can be the judge. Yes, it’s possible to achieve fat loss and muscle gains at the same time – but only when the ‘diet’ element of massively reduced calories and high protein is combined with a very intensive training program. Time will tell if this is something the general public can handle – and if it’s a safe and effective strategy for long term health.

Rosemary Marchese is a physiotherapist, nutrition coach and fitness industry advisor with 20 years’ experience. She is the author of The Essential Guide to Fitness and The Fit Busy Mum: Seven habits for success. For lifestyle tips visit rosemarymarchese.com.au or thefitbusymum.com.au