Let food be thy medicine: Nutrition for inflammation

Taking a cue from ancient Greek doctor Hippocrates, we look at how nutrition can be used to help clients dealing with injury and inflammation. 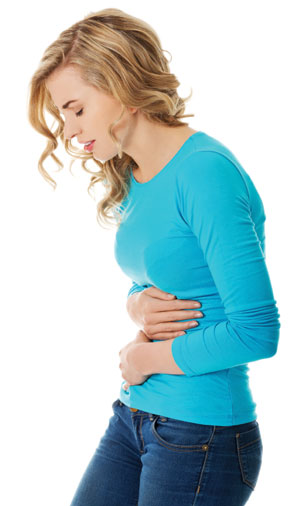 If you’ve been working in the fitness or nutrition fields long enough, you’ve probably seen this quote from the ancient Greek doctor Hippocrates: ‘Let food be thy medicine, and medicine be thy food.’

Too bad Hippocrates didn’t have Twitter 2,400 years ago, because he’s a pretty quotable guy. He also had some handy tips like:

He also, pertinently, said ‘There are two things: science and opinion. The former begets knowledge; the latter ignorance.’ So what does all this mean for you and your clients? Let’s take a look at how nutrition can be used to help clients dealing with injury and inflammation, and how Hippocrates’ advice is still useful, thousands of years later.

‘The natural healing force within each of us is the greatest force in getting well.’

Hippocrates didn’t know about the biochemistry of immunity and inflammation in 400 BCE, but he did figure out that some system in the human body was responsible for healing and recovery – what we now know as the immune system. Inflammation is one of its jobs, but it has lots of others, such as: 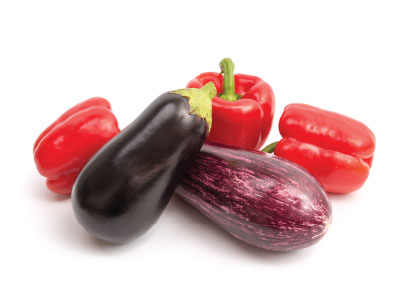 The immune system usually keeps things in careful balance, and even within our immune system itself there is ideally a balance between its various components.

When our immune system detects something foreign in the system, such as a virus, or damage, such as an injury (which might also let pathogens in, if the first-line defences, such as the skin, are breached), it goes to work.

The first stage of an immune response is inflammation, recognisable through symptoms such as swelling, warmth, redness and pain.

These symptoms are caused by blood and other fluid flowing into the affected areas, as well as the work of chemical signalling molecules (such as eicosanoids and cytokines), which do things like:

‘Everything in excess is opposed by nature.’

We need inflammation in the first stages of an injury. It’s an important part of the process of healing. However, we have problems when:

So where does nutrition fit in? When it comes to nutritional management of inflammation and injury, the aim is to help the immune system do its job, without encouraging it to go on a rampage. This is achieved through the following means:

Our bodies use particular foods (or more accurately, components of those foods) to build things like hormones and chemical signals. So, for instance, it can use omega-6 fatty acids to synthesise some types of prostaglandins, chemicals that can stimulate inflammation.

Other types of foods are linked to elevated inflammation, such as:

For some, avoiding eating altogether, at least for brief periods, can also lower inflammation. This is known as intermittent fasting (IF), and has shown some therapeutic potential for treating particular health problems.

Removing other foods that cause an immune response

For some people, some normally innocuous food components may stimulate an inflammatory response through various pathways. For instance:

Fruits, vegetables, and omega-3 fatty acids (found in marine foods such as fish) typically have anti-inflammatory effects through various pathways. For instance, many of the plant compounds (known as phytonutrients) in colourful fruits and vegetables may help control oxidative stress. Similarly, Omega-3 fatty acids (specifically EPA and DHA) have anti-inflammatory effects, and also improve insulin sensitivity, which can further dampen chronic inflammation.

Providing our bodies with raw materials

This is an often-overlooked component of food and healing. Our bodies need raw materials to repair and rebuild – in particular, they need protein. Most of our bodies’ tissues, as well as most of our immune system, depend on protein. As dead cells get cleared out and new structures built, we see more protein turnover. This means that often, as we are recovering from an injury or chronic illness, we may need more protein. Depending on the health problem, we may also need a slightly higher energy intake to meet the metabolic demands of repair and reconstruction.

Supplementing wisely to assist the natural cycle of inflammation

However, we can’t just throw pills at things, or assume that any single nutrient or supplement will be a magic bullet. In addition, just because something has anti-inflammatory properties does not ensure that we can digest, absorb, and use it systemically to treat inflammation. Instead, we have to understand how immunity and inflammation work as a complex system within the human body, and what long-term effects any supplementation may have.

‘It is far more important to know what person the disease has than what disease the person has.’

Eating to reduce inflammation is not a one-size-fits-all prescription. For instance, the relationship between alcohol consumption and inflammation seems to be gender-linked. In other words, men and women tend to have somewhat different inflammatory responses to drinking.

Men and women also have different hormonal environments that can affect inflammation. Women tend to have more auto-immune diseases than men, but oestrogen seems to help protect women against chronic inflammatory metabolic diseases (at least during their reproductive years).

We also know there are genetic and ethnic differences in inflammation, and in our response to particular foods, which, again, can raise or lower our levels of inflammation. For example, data on whether coffee worsens inflammation has been mixed; in part, this may be due to genetic variations in caffeine processing, or perhaps varying responses to the dozens of other chemically active compounds in coffee.

‘Walking is the best medicine.’

Inflammation is strongly affected by body fat. Adipose (fat) tissue secretes inflammatory chemicals and can affect systemic inflammation through the actions of hormones such as leptin. So, helping clients lower their body fat to a healthy range, and improving proper nutrient partitioning through regular activity, may be a more important anti-inflammatory activity than any specific food or supplement.

How can you put this into practice to help your clients? Here are some places to start.

There’s almost never going to be a quick fix. Instead, look at the big picture of your clients’ lives and behaviours.

If a client is eating poorly and sleeping four hours a night, all the supplements in the world probably won’t help them. So try to control the most important factors first: basic nutrition, regular activity, stress management, and above all — consistency.

Base any decisions on data. Don’t just randomly supplement or suggest sweeping dietary changes like ‘You should stop eating all types of Food X’ or ‘You should do intermittent fasting’. A food journal that also tracks inflammatory symptoms is a great place to start. Clients can improve their own self-awareness, and look for patterns in what they eat and how they feel.

Common sensitivities include wheat/gluten and other grains (such as oats), soy, dairy, and eggs, but there are many others. Again, you can suggest the use of a food journal to help with identifying links between food and inflammation.

Refer out as needed

Know your scope of practice as a trainer or coach. You can help your client learn about inflammation and how foods relate to it, but unless you’re specifically qualified to do so, don’t make recommendations about treating any diseases with food or supplements. Establish relationships with other health care providers, and incorporate them into your referral network.

Dr Krista Scott-Dixon is the Director of Curriculum for Precision Nutrition. Previously, she was a professor at York University in Toronto, Canada, as well as a researcher for a public health institute. She is the co-author of The Essentials of Sport and Exercise Nutrition. krista@precisionnutrition.com